Milder sanctions for Apple in dispute against VirnetX

Last turn in the eight-year battle between Apple and VirnetX over key patents in communications technology: Apple has been given milder penalties in the patent dispute – but remains guilty of patent infringement.

Apple and VirnetX have been fighting for the key patents for communications technology in court since 2010. This patent battle is particularly spicy because the patent owner and plaintiff VirnetX is seen by some as a possible patent troll. The listed VirnetX™ Holding Corporation, headquartered in Zephyr Cove, Nevada, is an Internet security software and technology company that owns a portfolio of patents, but does not necessarily manufacture products based on these patents itself. VirnetX offers collaboration applications, messaging services and security services. VirnetX has been conducting patent infringement lawsuits against the big names in communications technology for many years, including Apple, Cisco and Microsoft, for example. 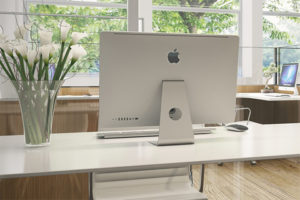 The accusation against Apple is that the iPhone manufacturer infringed four of the VirnetX patents in connection with Internet-based communication. In detail, it is mainly about Apple’s VPN on Demand technology, FaceTime and iMessage. These services are estimated to be included in more than 400 million devices marketed by Apple. Therefore, the litigation is lengthy, several lawsuits are pending and numerous appeals. Apple had already lost to VirnetX every time in previous judgments and had been sentenced to high damages, for example over $439 million in October 2017.

500 Mio Dollar claim for damages against Apple in 2018

However, the last spectacular judgement took place in April 2018. A Texas jury awarded $500 million in damages to plaintiff VirnetX and also determined that Apple’s violation was intentional – making further and increased claims for damages against Apple possible.

At the end of August, the U.S. District Court for the Eastern District of Texas published the judge’s verdict on this decision. The jury’s verdict and the damages claim against Apple were upheld, but any injunction, embargo on sales or imports, and – equally important for Apple – increased damages for intentional patent infringement were rejected. The judge granted a current and concrete royalty that Apple had to pay to the plaintiff (“sunset royalty” of $1.20 per iPhone, iPad or Mac). Apple thus escaped significantly higher penalties.

Apple and VirnetX then entered into a concrete agreement that Apple would pay a total of $93 million to VirnetX – only for bill of costs and payment of interest, as VirnetX™ Holding Corporation announced in a press release on September 24, 2018.

The payment of damages from the Texas ruling would be added there – if the ruling were not overturned. Apple could appeal against the April 2018 ruling to a higher court. The US Court of Appeals for the Federal Circuit in Washington is also currently examining cases in which the Patent Trial and Appeal Board claims that the patents in question are invalid, including various cases of VirnetX versus Apple. It remains possible that the judgment could ultimately be overturned.

Would you also like to protect or defend your brand or patent?

US District Court of Eastern Texas VirnetX vs. Apple