Action against a patent already expired

Particularly in the case of patents in mobile communications, nullity actions against a patent already expired occur time and again. In its leading decision ‘ signal transmission ‘, the German Federal Supreme Court (BGH) specified when there is a legitimate interest in legal protection. 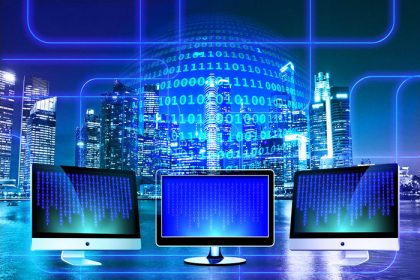 The case before the Federal Supreme Court ‘Signal Transmission System’ concerned the patent ‘REDUCED COMPLEXITY SIGNAL TRANSMISSION SYSTEM’ – filed in January 1997 (DE 697 32 746.9), with priority priority from European application EP 96200370 of 15 February 1996. This patent of Philipps (Netherlands) concerns a system consisting of a transmitter and a receiver for transmitting an input signal based on an acoustic signal, such as converted human speech.

Considering the worldwide use of smartphones, computers, tablets, etc., all of which more or less use such technology, one can see the value that is or was behind this patent. In short, this invention is found in every Android-powered device, among others.

Nullity action against this patent on signal transmission

A nullity action was – unsurprisingly – brought against the patent in its entirety, on the grounds of alleged lack of patentability. This is quite a common procedure, especially for patents in mobile communications.

In turn, patent owner Philipps asserted a patent infringement against the applicant on the basis of patent claim 7 (in short: an encoder with a two-stage search with a coarser and a finer grid).

In the course of the appeal proceedings, Philipps (the defendant) had then waived the assertion of rights from the patent in suit with the declaration that it would not base the infringement action on further patent claims; as a result, the plaintiffs and defendant amicably dropped parts of the action.

Need for legal protection against an already expired patent

Nevertheless, the applicant (Google is owner of the Android system since 2005) asserted a need for legal protection against the Philipps patent. It was a matter of its need for legal protection to attack the patent in suit in its entirety in order to protect the purchasers of its Android operating system, despite the expiry of the term of protection and the limitation of the claims asserted in the infringement actions already filed to patent claim 7.

The BGH therefore heard the case on whether patent claim 7 was rightly declared invalid – and whether an action for nullity can be brought or continued at all against a patent that has already lapsed.

Important in this respect is the decision of the Federal Supreme Court on a legitimate interest in legal protection after the expiry of the term of protection of a patent, which the court formulated as a guiding principle:

“The interest in legal protection required for a patent revocation action after the expiry of the term of protection of a patent is to be denied only if a claim based on the IP right is seriously no longer a possibility”.

In positive terms, this means that it is possible to bring an action for revocation against a patent already expired even after the expiry of the term of protection if there is a fear that one might still be exposed to claims for past acts. The question of whether one’s own interest in legal protection exists should not be assessed according to overly strict standards, the German BGH explained. If an action for annulment is to serve as a preventive defence against claims, it is not decisive whether these have already been asserted or even announced.

In the present case, the defendant Philipps had already filed infringement actions on the basis of patent claims 7 and 8; moreover, the subject-matter of the other claims differed only slightly from the subject-matter of these two claims, the BGH stated. Therefore, the plaintiff could not be expected to accept the uncertainty based on the fact that it had a legitimate interest in legal protection – even against a patent already expired.

Our attorneys have many years of expertise in patent law as well as in the entire field of intellectual property and are authorised to represent you before any office and before any court – in Germany and also internationally.
Please feel free to contact us if you are interested.