Does the value in dispute in SEP invalidity proceedings have to be set with a significant increase due to the high value of the own use of an SEP? The German Federal Supreme Court (BGH) ruled on this in the leading decision ‘Nichtigkeitsstreitwert III’ in invalidity dispute about a patent in area communication system.

Invalidity dispute about an SEP 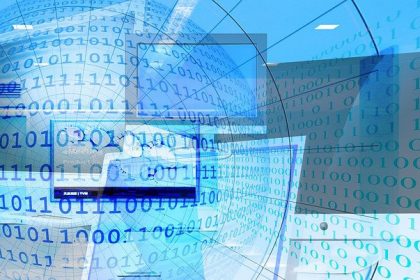 The defendant (Panasonic Corporation, Japan) is the proprietor of European patent 2 228 933 (patent in suit), filed on 26 December 2008, which relates to a device and method for radio transmission in communication systems with adaptive modulation.

When the action for revocation was filed, three infringement proceedings based on the patent in suit were pending. However, the actual invalidity action was not the issue that was heard by the German Federal Supreme Court (BGH), but the amount in dispute – or, more precisely, the amount of the amount in dispute.
The court of the previous instance (Bundespatentgericht (BPatG), Federal Patent Court) had set a very high amount as the amount in dispute, and justified this on the grounds that it was a so-called standard essential patent (SEP). Panasonic objected to this and demanded that the amount in dispute be set at a much lower level.

When does the value in dispute have to be determined? The relevant provision is § 63 (1) sentence 1 GKG (German Law on Court Costs), according to which the amount in dispute is provisionally determined if neither a sum of money is claimed nor a fixed value is provided for by law.

This was the case here. If the amount in dispute is determined, it is to be determined “according to equitable discretion” (§ 51 (1) GKG). In addition, the BGH has consistently ruled that the fair market value of the patent at the time the action was filed or at the time the appeal was lodged plus the amount of the claims for damages that had arisen up to that time is decisive (see, inter alia, November 2006 – X ZR 138/04, July 2009 – X ZR 153/04).

Value in dispute in invalidity proceedings: as a rule to be increased by 25%.

Therefore, the (provisional) determination of the value in dispute is based on the pending infringement proceedings. As a rule, this amount is to be increased by 25% to take account of the value of the proprietary use, as the BGH already stated in April 2011 (X ZR 28/09) in the decision ‘Nichtigkeitsstreitwert I’ – and decided in the same way in this case.

Value in dispute in SEP proceedings

The fact that the case concerned an SEP did not in any way lead to a further increase in the value in dispute, the BGH ruled – contrary to the BPatG decision.

The BGH explained that the fact that the patent in question is essential for access to a certain market is usually already taken into account when determining the amount in dispute in infringement proceedings. And already when setting the amount in dispute in infringement proceedings, the special features of an SEP would be taken into account, for example, a licence forecast serving to determine the value in dispute and, of course, also turnover expectations.

However, it is precisely for turnover and licensing income that access to the market is common, the court added, where the revenue opportunities do not depend on a single patent, but usually on a comprehensive patent portfolio. Accordingly, revenue opportunities are not necessarily appreciably affected by individual infringement actions.

The court upheld Panasonic’s plea and – as requested by Panasonic – provisionally set the value in dispute for the appeal proceedings at €1,875,000, significantly lower than had been decided by the Federal Patent Court.

Any questions regarding an invention in the field of telecommunications or software?

Our attorneys have many years of expertise in patent law and employee invention law and are entitled to represent you before any office and court in Germany as well as internationally.
Please contact us if you are interested.