The German BMWi is launching a funding program for 2021 to develop and support the planned European Cloud ‘GAIA-X’. Partners from interested parties, providers and SMEs / start-ups can apply; application examples for GAIA-X will be funded. 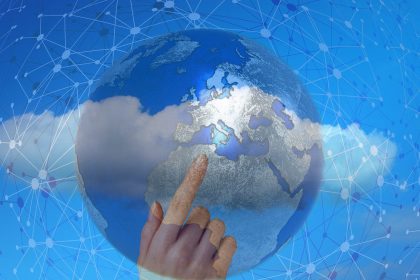 With the establishment of a European cloud called GAIA-X, initiated by Germany and France, the Europeans want to reduce the dependence of domestic companies on the large American and Chinese providers of digital data infrastructure and data storage.

In September 2020, the GAIA-X (franz: association internationale sans but lucratif (AISBL)) company was launched with an initial 22 partners from Germany and France. The founding members from Germany are among others : Bosch, Siemens, SAP, Fraunhofer, Deutsche Telekom and also BMW. The founding members from France are similarly prominent, e.g. the IT service provider Atos, OVH Cloud and French Telekom. However, the major cloud providers Google, Microsoft and Amazon are also involved, as well as the Chinese company Huawei and also the data analysis company Palantir.

Gaia-X is not aiming to become an independent and individual cloud provider along the lines of Google, Microsoft or Amazon. Instead, Gaia-X wants to cooperate with the well-known large cloud providers and is striving to network many smaller providers from Europe with the established cloud providers – under European regulations.

Now the Federal Ministry for Economic Affairs and Energy (BMWi) is launching a GAIA-X funding program for 2021. The GAIA-X company and also the BMWi are focusing on three major requirements: transparency and privacy in data storage as well as interoperability; cloud customers should be able to move their own data from one provider to another at any time.

The GAIA-X funding program of the BMWi

These are also the requirements for the now launched GAIA-X funding program of the BMWi. The funding program for “innovative and practical applications as well as data spaces in the GAIA-X digital ecosystem”, as it is officially called, aims to advance the development of the GAIA-X digital data infrastructure. On the one hand, the user side of GAIA-X is to be addressed and promoted, i.e. above all interested companies as future customers of GAIA-X. To this end, the BMWi would like to support cooperations between users and providers from business, science and the public sector with its funding program, in particular the development of application examples of the new European cloud.

The application examples that the BMWi would like to create through its funding are to be developed as new business models, but can also be synergies in existing and new value creation networks, especially those related to artificial intelligence (AI), the Internet of Things (IoT) and Big Data. The BMWi sees industrial research and experimental development projects as the focus of the funding program.

Who can apply for the funding?

Who can apply for the funding? The GAIA-X funding program is open to collaborative projects with at least three partners (and a maximum of 10 partners). Partners should be information and communication technology (ICT) companies and users – as well as at least one medium-sized enterprise (SME) and/or start-up. The partners in this collaborative project should also include research; accordingly, universities, associations and research institutions can also be involved as partners.

Application for the GAIA-X funding program

The application process for the GAIA-X funding program consists of two steps; in the first step, outline submissions are required and these are evaluated by the BMWi. Only some of the applicants, namely those with positively evaluated project outlines, are then to submit full formal applications for funding in the second stage. The project duration is designed for a minimum of 18 months (and a maximum of 36 months). The funding amounts and also the more detailed application procedure will not be announced until the funding program has been fully announced, probably in the next two to three months.

Just at the right time, because the first certified Gaia-X applications are already in prospect for the summer of 2021. In November 2020, the French company OVH Cloud surprised with the announcement that it was entering into a partnership for GAIA-X with Google and that Google was prepared to comply with European regulations. This applies with regard to data protection (European General Data Protection Regulation (GDPR)), data security, verifiability and interoperability with other clouds.

Whether the well-known cloud providers are to be fenced in at all according to European requirements in data protection and transparency has led to public discussions in Germany in recent months, all the more so after the ECJ ruling “Schrems II” of summer 2020, by which the DSS decision was declared invalid, which up to now confirmed an adequate level of protection for personal data for the USA.

In any case, according to press reports, Google, in cooperation with OVH-Cloud, will probably essentially supply the software and applications as part of its so-called “Anthos technology”, an open-source compatible technology, and the servers involved were built by OVH-Cloud.

Also a role model for the German GAIA-X funding program? If in this context you are intested in protection of your invention or in licensing oder contractual agreements, please contact us! Our attorneys have many years of expertise in patent law as well as in the entire field of intellectual property.