If a patent is examined for the underlying inventive step in a invalidity action, expert knowledge is assumed. Is the invention obvious to the expert? The BPatG ruled in this question on the EP patent for wireless radio and mobile network of Intellectual Ventures. 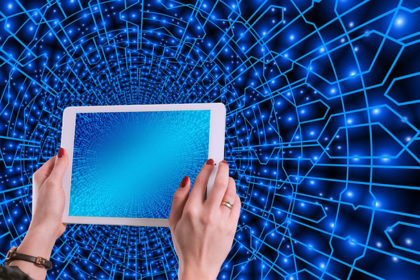 If a patent is challenged with a nullity action due to lack of patentability, the inventive step is taken into account in addition to the prior art on the filing date or priority date. The knowledge of a qualified expert is always important here. It is also considered to be a lack of inventive step if it would have been obvious to a skilled person to come up with the same invention, taking into account his expert knowledge,which clearly exceeds that of a normal consumer – but at the same time should not be a detached specialist knowledge.

The Case: Partial Limitation of the EP Patent of Intellectual Ventures LLC

In the case before the Federal Patent Court (BPatG), the European patent EP 1 344 323 was partially declared invalid with effect for the Federal Republic of Germany. The limited version of the patent under auxiliary application 3 (new) of 29 March 2019 was declared admissible by the BPatG.

The patentee, the American Intellectual Ventures I LLC, loses about half of the challenged patent claims with this judgement, namely patent claim 1 in variant a) as well as claims 22 and 26. The background of the invalidity action are numerous infringement actions pending or pending before the Landgericht Mannheim against several plaintiffs in this case due to claims arising from patent claims 1, 22 and 26 of the disputed patent. The patent is registered as “Discontinuous reception for user equipment”.

The subject-matter of patent claim 1 of the European patent in the variant a) is, in the version granted, the same as that of documents NK20 / NK20a (WALKE, B.: Mobilfunknetze und ihre Protokolle Volume 1. 2. Edition. Stuttgart, Germany: B. G. Teubner, 2000 – ISBN 3-519-16430-2, published on 28 June 2000) in connection with NK5 and NK5a is not patentable, the BPatG ruled. (NK 5: Specification Volume 1 Specification of the Bluetooth System Wireless connections made easy Core. v1.0 B, December 1st 1999 and publication NK5a: SRETHARAN, M; KUMAR, R.: Cellular Digital Packet Data, Artech House Boston London, 1996).

The task of the patent in dispute was to save energy in the receiver of a user device while the latter is in a parcel service mode in a telecommunications network. Accordingly, the BPatG dealt in detail with the expert knowledge in wireless radio and the assessment of whether the invention was obvious for the expert.

Intellectual Ventures is an invention and investment company for patents. Only in February 2019, a jury court in Texas Intellectual Ventures awarded damages of $43 million and found that T-Mobile and Ericsson Inc. infringed U.S. Patents Nos. 6,628,629, 7,412,517 and RE46,206, which are used for wireless transmissions and for the LTE network.

For the expert, knowledge of a power control loop module in particular is a matter of course, the BPatG clarified and named:

Invention obvious for the expert?

The BPatG explained that the task would prompt the expert to look for solutions to compensate for the additional power consumption to be expected from the new services. Since packet-switched connections play a greater role in UMTS than in second-generation mobile radio systems, it would be obvious for the expert to look at such systems that work with packet-switched transmission.
In particular, the “sniff mode” via an LM protocol is offered to the expert as an operating mode with low power consumption and simultaneously high availability, a transmission in time slots. However, this was the subject of the patent claim, because a procedure was described in which a receiver circuit switches itself off for one or more predefined periods that are signalled by the telecommunications network.

However, since the Bluetooth standard does not have a central radio network control and no base stations, a Bluetooth network is not a telecommunications network in the sense of claim feature 1.0, the BPatG stated. In this context, the court stated that only the term “communicating” had been discussed in German court rulings so far and that this meant any communication in a radio system standard, i.e. both data and voice communication (BPatG judgement of 14 March 2018 – 6 Ni 42/16).

Antique-looking sources for state of art

It is not the first time that a far-reaching and long-standing patent has been successfully attacked on the basis of almost antique-looking sources for state of art. Please also read our article Antiquated Book beats Patent Claim for Broadband Networks. Professional research, which also includes historical sources, is therefore indispensable. Our law firm will be happy to support you with professional searches to verify the validity of your patent.

Do you need assistance because of a patent infringement ?

In the event of an infringement of intellectual property rights, whether caused against or by a patent, our law firm Dr. Meyer-Dulheuer & Partners LLP represents its clients nationally and internationally in all instances. Please do not hesitate to contact us.