Siemens AG provisionally lost a few days ago in the patent dispute concerning broadband networks against several plaintiffs from the mobile technology. An antiquated textbook led to the Federal Patent Court annulling a key patent for VoIP and VoFR, among others.

Patent since 2002 for broadband networks 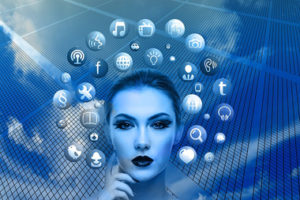 The patent in dispute “Method and device for setting the bandwidth of a connection between at least two communication endpoints in a data network” was filed by the defendant Siemens AG in April, 2002. (EP 1 261 177 (patent in suit)). It claims priority from the German application DE 101 22 422 of 9 May 2001.

The patent, which comprises 12 patent claims on the subject of data networks and broadband networks, formulated the task of guaranteeing sufficient bandwidth for voice connections even before transmission, which should be usable without additional protocol effort – by the way, filed in a time when the telecommunications networks were still conventional.

In detail, the patent claims concern many elements that are a matter of course in mobile technology today – and all the more valuable for companies in the mobile communications market. For example, “communication endpoints” are mentioned, examples of which are routers, PPP interfaces, ISDN terminals and personal computers with data network connections. Equally important are the patent claims for packet-oriented transmission methods for voice, mentioned here as examples VoIP (“voice over IP”) and VoFR (“voice over Frame Relay”). 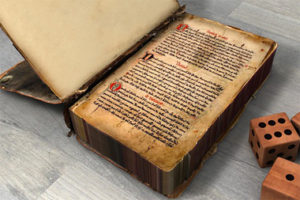 It is therefore not surprising that various mobile technology companies joined forces to challenge this key patent. On 4 February 2016, Huawei Technologies Deutschland GmbH and Vodafone GmbH brought a joint action (Case No 5 Ni 18/16 (EP)). They argued that the patent in dispute must be declared invalid on the grounds of lack of patentability, lack of novelty and lack of inventive step.

Essentially, the action was based on the book of Anthony S. Acampora: “An Introduction to Broadband Networks” – already published in 1994! This antiquated textbook describes broadband ISDN and ATM, especially methods for establishing calls and providing additional bandwidth, also for packets (ATM cells) over a broadband network (B-ISDN). Moreover this publication explicitly refers to “packet video” and “packet voice” with variable bit rate and “digital video” and “digital voice” with constant bit rate as useful applications.

Also for avoiding possible queues for packets, the textbook names a solution of call setup ( “third technique”, p. 211), in which further bandwidth is allocated if required. However, this corresponds exactly to the patent claim.

Sufficiency of bandwidth is an important feature of the patent claim

Siemnes AG cited the important feature of its own patent claim, which is to check whether the bandwidth is sufficient for the requested communication connection. The defendant argued that the antiquated textbook merely addressed a possible packet loss and that this was by no means to be understood as a bandwidth comparison.

The controversial passage in Acampora’s book is “if the guaranteed quality of service can be maintained, the new request is admitted” (p. 211). But the Federal Patent Court did not share this view. In his opinion, the procedure described in the patent claim and also the Acamporas textbook deal with setting the bandwidth of a connection if the quality of service cannot be guaranteed. The “call processor” mentioned in the textbook ensures that the data load to be expected via the further communication connection does not inadmissibly reduce the quality of service of the already existing communication connections (p. 205 and 206: „The decision as to whether or not such a request can be granted is made by the call processor which, among other things, must ascertain that the traffic expected to be offered over that newly requested virtual circuit will not cause the quality of service enjoyed by existing virtual circuits to degrade below some guaranteed level.“)

The defendant also asserted via an auxiliary request that packet-oriented transmission of user data via TCP/IP was taking place. But a TCP/IP protocol stack and the router processing it were already part of the expertise on the priority date, which was documented by several publications.

It was also established that routers for Voice over IP (VoIP) via ATM connections were already available on the market on the priority date of the patent in dispute.

Finally, the Federal Patent Court ruled that the patent in dispute was declared invalid due to lack of novelty and lack of inventive step (5 Ni 17/16 (EP)). However, the judgement is not yet final. The defendant may apply to the Federal Supreme Court for permission to appeal.