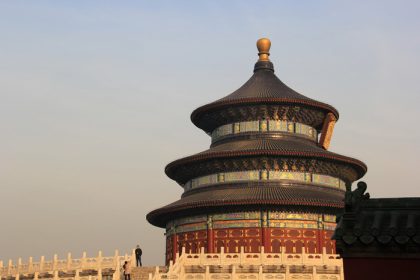 The European Patent Office (EPO) is currently announcing that a new joint pilot project between the EPO and CNIPA will make the EPO the International Searching Authority (ISA) for patent applications from China: it will start on 1 December 2020.

This pilot project will enable nationals and residents of the People’s Republic of China to select the EPO as their International Searching Authority (ISA) for applications filed in English under the Patent Cooperation Treaty (PCT).

It is open to all applicants filing a patent application either through CNIPA or through the International Bureau (IB) of the World Intellectual Property Organisation (WIPO) as receiving Office.

Closer cooperation between EPO and CNIPA

The new pilot project is part of the intention declared at the end of 2019 for closer mutual cooperation between the EPO and CNIPA – we reported. Among other things, a much acclaimed comparative study by the EPO and CNIPA on “Computer Implemented Inventions” has since been published.

Statistics: Patent applications to the EPO in 2019

The conversion of the EPO into ISA for Chinese applicants also corresponds to the current figures for international patent applications. The EPO has already published the Patent Index 2019, which is statistics on the number of patent applications filed with the EPO in 2019.

The growth fields of 5 G networks and artificial intelligence (AI) are also counted in the digital communication sector. It is therefore not surprising that China, the USA and Europe are now on a par in this technology field, each accounting for around a quarter of all patents filed with the EPO. The leading patent applicants in 2019 in the field of digital communications were Huawei, Ericsson and Qualcomm.

Do you want to protect your patent internationally?

Our attorneys have many years of expertise in patent law as well as in the entire field of intellectual property and are entitled to represent you before any court – in Germany and internationally. We also have many years of experience and knowledge of the country with regard to patent, design and trademark law in China.
Please contact us if you are interested.