Employee’s invention: Remuneration and Publishing at the university

German employee invention law also applies to inventions made at universities. So what does the remuneration for an employee’s invention at the university look like, especially since co-inventors are often involved?

Remuneration for Employee’s invention at the university 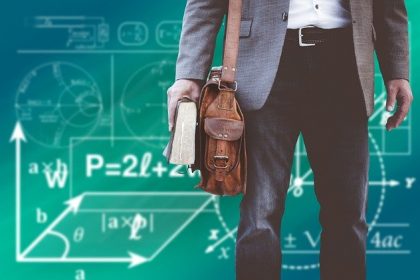 Further questions arise if additional transfers of inventions from universities to companies take place. They are politically as well as socially desired and reasonable, but then what is the remuneration for the service invention at the university?

Transfer of the service invention from the university to a company

The Arbitration Board of the German Patent and Trade Mark Office (DPMA) has made a leading decision in this regard. In the present case, the two applicants were employed at a university and each of them was involved as co-inventors in the patent of the disputed Employee’s invention to the extent of 33.3%.

After the transfer of the inventor’s shares, company X applied for a patent for the service invention in its own name and at its own expense, but did not pay out any profit-sharing. In addition, the co-inventor share of the two inventors employed at the university amounted to only 1/3 each. The other third co-inventor share was held by company X.

The Arbitration Board explained this decision by referring to the regulations for a fractional community. This was because company X and the university were facing the transfer of the inventor shares made at the university in a so-called percentage community (§§ 741 ff German BGB), also known as ommunity of part- or co-owners.

Pursuant to § 6.2 Patent Law, co-inventors form such a percentage community  if they have not otherwise regulated their internal relationship by agreement, which was the case here.

Therefore, the entire gross income that may still accrue to the university is attributable to the two university employed inventors, the Arbitration Board decided. Since these are equally involved in the invention, the 30 % share to which they are entitled is to be distributed equally between the two inventors employed at the university, i.e. 15 % of the gross income is accounted for by each.

Nevertheless, a compensation is only to be paid if the invention leads to an economic return. However, this was not followed up in this case.

Note on the right to scientific publishing

In the university sector, not only the law on inventions is important, but of course also the question of publishing. Every publication changes the known prior art, which is essential for a successful patent application.

For this reason, the German law on employee inventions also provides special regulations for publishing at universites. In case of a claim to an invention by the university, every inventor employed at a university is granted the right to further use his research result within the scope of his teaching and research activities according to § 42.3 ArbEG. Furthermore, he or she is entitled to a positive freedom of publication. Therefore, he also has the right to publish the Employee’s invention within the scope of his research activities, but he must notify the university of this publication at least two months in advance (§ 42.1 ArbEG).

This is because the university should be given the opportunity to claim priority rights and the previously known prior art by filing a patent application for the invention.

Are you affected by an Employee’s invention? Or are there any questions about remuneration of the property rights?

Our patent law firm has excellent expertise in the field of patent law and the law governing inventions.

We will be pleased to represent your interests both before the arbitration board and in any court proceedings that may become necessary. You are also welcome to take advantage of our callback offer.