Employee’s invention: No remuneration based on profit

No remuneration based on profit 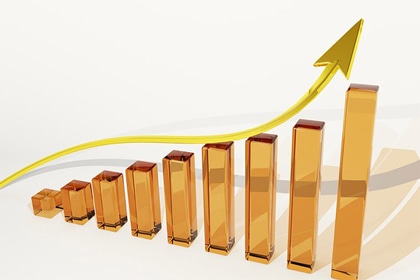 The remuneration of an employee invention can differ significantly from the actual profit that the employer earns by using this invention.

Rather, economic value means an objective evaluation of the profit potential inherent in the invention in the starting point, the Federal Supreme Court ruled (BGH antimycotic nail polish, X ZR 104/09). For with the transfer of the rights to the service invention to the employer, the employee-inventor loses the power to dispose economically of the object of the invention, which is in itself connected with the right of ownership in the constitutional sense.

The remuneration of a service invention is not inappropriate because, according to the method of licence analogy chosen in the remuneration agreement to assess the economic exploitability of the invention, it is based on an invention value which is substantially less than the profit which the employer earns by manufacturing and marketing a product which is in conformity with the invention.

The case at issue in this judgment concerned the amount of the invention remuneration for an employee invention which was used in the company itself and for which licenses were also granted. The employee inventor asserted that the remuneration agreement concluded between the parties was to a considerable extent unfair in the sense of § 23 ArbEG (German law relating to inventions of employees) and in accordance with § 12 (6) ArbEG to adjust. The inventor’s remuneration according to the license analogy was based on US $ 44 million, but the net sales actually achieved had resulted in a cash flow of US $ 749 million and this corresponded to a so-called “net invention value” of US $ 448 million, the employee inventor argued.

The BGH rejected this assessment. The economic exploitability of an Employee’s invention, which is decisive for the assessment of the remuneration pursuant to § 9 (2) ArbEG, could neither be equated with the sale of a product in accordance with the invention nor with the profit achieved from it. The evaluation of the economic usability of the service invention – the invention value – was rather aimed at the estimation of the asset value of the intellectual achievement justifying patent protection, the doctrine of technical action.

However, with the transfer of the rights to an Employee’s invention, the employee-inventor loses the power to dispose economically of the object of the invention in the constitutional sense associated with the right of ownership, the BGH explained. This forced loss of rights is to be compensated appropriately by the employee retaining a share in the economic value of the invention.

However, the right to dispose of the invention object has no objective value that is established from the outset. Because this value depends on the market for the invention, on which a price transparent to third parties could develop through supply and demand. In order to reflect this, the German Federal Supreme Court has consistently held that the analogy of licenses is used to determine the value of the invention.

The basis for calculating the invention value is the so-called license analogy, which is calculated according to the following formula:

The proportional factor determines the performance and effort that the employee had to put into the invention due to his training, experience and position in the company. In summary: Was an engineer who already has 20 years of professional experience the inventor or a simple craftsman who is still in training?

An operational use of an Employee’s invention is practically difficult to grasp, the BGH clarified. On the one hand, the operational benefit is difficult to determine; on the other hand, an invention is always filed at the time of a certain state of the art, but this often does not correspond to the actual operational state prior to the introduction of the invention.

The license analogy is the best possible balanced formula that provides fair compensation for the inventor’s loss of disposition. The Arbitration Board of the German Patent and Trade Mark Office also clarified that no entrepreneur would leave the entire gross savings achieved through the use of the invention or the technical improvement proposal in his company to an independent author as remuneration. The imputed costs can usually not be assigned concretely and the entrepreneurial risk must also be taken into account. The value of the invention or a qualified suggestion for improvement can therefore always only be a fraction of the profit.

Have you any question about German law relating to inventions of employees?

Our attorneys have many years of experience patent law and are authorized to represent you before any office and court in Germany as well as internationally.