Division of the patent application in German appeal instance 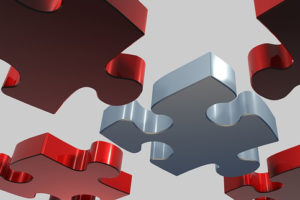 In November 2013, the German Patent and Trademark Office (DPMA) rejected the patent application filed in October 2003 entitled “Procedure and System for Distance Calculation”. The appeal filed by the applicant was rejected by the Senate in August 2017, officially served on 11 October 2017. On 10 November 2017, the applicant declared the division of the patent application at the DPMA.

In its interim decision of 30 November 2017, the Senate pointed out that it considered the declaration of division of 10 November 2017 invalid under § 39 of the Federal Patent Law (PatG), since it had not been submitted to the BPatG competent at the time in question.

The applicant contradicted this decision. She argued that in cases where the BPatG had already rejected the applicant’s appeal in its entirety, the DPMA should at least also be responsible for receiving the declaration of division. The proceedings before the BPatG were concluded by the final rejection of the appeal and the BPatG was thus deprived of its decision on the merits.

Time limits in the Patent Act

This patent dispute also concerned the additional aspect of the time limits in the Patent Act, which also led to a lead decision of the German Highest Patent Court. On 12 January 2018, the applicant applied for restitutio in integrum with the aim of acknowledging the validity of the declaration of division. She justified this by stating that the time limit for this was observed, since the period always started with the filing date and an exact time for the end of the pendency, i.e. the end of the time limit, could be determined at any time during the filing procedure. As examples, she cited, inter alia, the 7-year period under Sec. 44 Patent Law.

The Senate rejected this request and explained that the declaration of division did not contain a time limit within the meaning of § 123 Patent Law.

A time limit in the legal sense is a period the beginning and end of which are determined or can be precisely determined and within which procedural acts or services must be performed. However, the Patent Act does not contain any independent general provisions on time limits, so the provisions of § 187 and 188 of the German Civil Code (BGB) apply to the determination of the beginning and end of time limits pursuant to § 99  Patent Law. 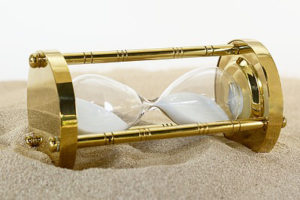 This is complied with in such a way that, according to the law, there is always the possibility of restitutio in integrum in the same time limits if the loss of the application and thus the loss of the possibility of division of the application occurs – indirectly – as a result of the failure to comply with time limits in the legal sense. In the present case, this is the time limit for filing the appeal ( see waiver of appeal – order to grant immediately final ). However, the applicant had not applied for restitutio in integrum within the time limit for lodging an appeal.

Therefore, the applicant’s application for restitutio in integrum was rejected.

Do you need support in patent law and patent application?