Change from device claim to use claim

The change from a device claim to a use claim is inadmissible if the change of the object of the invention is connected with it at the same time, the BPatG ruled in a leading decision. The focus was on invalidity proceedings for the patent “dental implant” with a surface structure according to the invention. 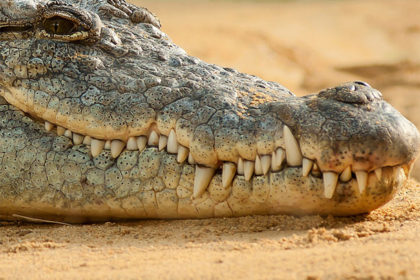 In case “dental implant” before the German Supreme Patent court, according to the invention the surface structure was referred to as the depletion zone. A nanoscopic spatial-body structure of the surface with reduced yttrium or aluminium oxide content was  summarized in the term depletion zone.

This surface structure was the focus of a invalidity proceeding concerning the European patent 2 046 235 for a dental implant. The contested patent was declared invalid by the Federal Patent Court (BPatG) with effect for the territory of the Federal Republic of Germany due to lack of patentability (Art. II § 6 para. 1 no. 1 IntPatÜG) (judgment BPatG of 18.07.2019, 4 Ni 49/17 (EP)).

Leading decision of the BPatG

The patent in dispute describes a dental implant, literally according to patent claim 1 “characterized in that the surface of the ceramic body is provided, at least in a partial region, with a structure having nanoscopic pores or otherwise of a nanoscopic design and which has a depletion zone based on yttrium and/or aluminium oxide stabilized zirconium oxide with a reduced yttrium or aluminium oxide content in comparison with the internal volume”.

Surface structure according to the invention is not inventive

At the centre of the patent dispute lies the feature of the depletion zone, quantitatively characterised by the reduction of yttrium oxide and aluminium oxide. The Federal Patent Court (BPatG)  considered it essential that the inventive nanoscopic structure according to the doctrine of the patent in dispute is functionally described only in the description by the manufacturing process, namely by suitable etching.

It is taught in accordance with the patent in dispute, but at least it is not ruled out that a depletion zone can also be achieved with other etching processes, for example those mentioned in the state of the art. However, the patent specification does not specify the suitable parameters for this, whereby the zone of impoverishment according to the invention does not even have to be produced by an etching process, but on the other hand no other types of production are mentioned. This justifies the consideration of the demanding theory on the basis of a depletion zone produced by etching, the patent court explained.

In patent claim 1, however, an etching process according to the invention is neither claimed as such nor does it serve as a functional description of the nanoscopic structure of the invention object, the court summarized. Even the preferred execution example according to the description mentioned only a few parameters of the etching process. Thus, it was not ruled out that a surface in accordance with the patent features could be achieved even with the disclosed procedure, but the plaintiffs did not provide proof of this. For example, in the IB15 publication, a surface treatment process was disclosed by multi-stage sandblasting, etching and heating.

Change to use claim

It is true that the use of an impoverishment zone can be inferred directly and unequivocally from the documents originally filed as belonging to the invention for which a patent has been applied. The BPatG also clarified that a category change from a device claim to a use claim was to be regarded as permissible according to settled case-law.

Perhaps also of interest to you: Use claim in medical indications: eligible for utility models

The European patent 2 046 235 was therefore declared invalid with effect for the territory of the Federal Republic of Germany due to lack of patentability. The judgment is provisionally enforceable against a security of 120% of the amount to be enforced, but an appeal against this judgment is admissible within five months of delivery.

Our patent and trademark law firm has many years of expertise in patent law and intellectual property protection. Our attorneys are entitled to represent you before any court in Germany as well as internationally.