Instructions in the patent claim – for the representation of certain information as well as for the processing of data – are only patentable if they solve a technical problem as technical means. Apple’s Slide-to-Unlock is also not patentable in Germany, mainly because the technology did not involve any inventive activity. 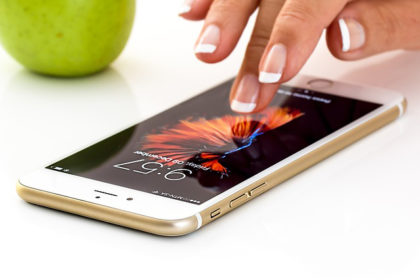 In principle, instructions contained in a patent claim for conveying certain contents are as unpatentable as instructions aimed at programming a data processing system in a certain way pursuant to Art. 52 para. 2 letter d, para. 3 EPC in conjunction with IntPatÜbkG Art. II § 6 para. 1.

The exact interpretation of Art. 52 EPC has been judged several times in the German case-law of recent years, so that a certain legal certainty exists.

The best known judgement of the German Federal Court of Justice (BGH) in this regard concerns the wiping gesture of Apple (“Slide-to-Unlock”,  X Z R 1 1 0 / 1 3) of 2015. The European patent of Apple EP 1964022 (with priority from 23.12.2005) describes as a computer-implemented procedure that an Apple user did not only have to wipe the screen when unlocking a touch-sensitive screen (the well-known wiping gesture “Slide-to-Unlock”), but also gets a small slide on the touch screen.

In the opinion of the court, however, this is not an inventive step, since Apple’s Slide-to-Unlock was already known through publications or obvious to the expert. The mobile phone N1 distributed by the Swedish manufacturer Neonode had anticipated almost all features of the Apple invention. However, the BGH acknowledged that Apple’s invention went beyond the state of the art known from Neonode N1 in that the unlocking process had the additional graphic representation. However, this was not an inventive step either. The essay “Touchscreen Toggle Design” by Plaisant and Wallace, presented as a quote from E7, describes a video presented at a conference in May 1992 that dealt with various virtual switches for switching devices on and off that were suitable for a touch-sensitive screen.

Since the starting point of a specialist’s considerations was the mobile phone Neonode N1, in which the unblocking takes place by a wiping movement on the touch-sensitive screen, the slide switch was of primary interest compared to all other virtual switches revealed in the E7, the BGH explained. Apple’s wiping gesture did not involve any inventive activity.

Case Law: Instructions in the patent claim under Art. 52 EPC

Instructions concerning information to be reproduced according to the doctrine of the invention may support patentability from the point of view of inventive step only to the extent that they determine or at least influence the solution of a technical problem by technical means. The case law of recent years follows this premise of the BGH.

“Image stream”: instructions for the reproduction of information

The BGH ruled differently in the case of “Bildstrom” (in eng. “Image stream”, X Z R 3 7 / 1 3). The Federal Court of Justice ruled that instructions concerning the reproduction of information, the presentation of which is aimed at enabling, improving or purposefully shaping the perception of the information shown by humans in a certain way in the first place, serve to solve a technical problem with technical means. The corresponding patent in dispute described an endoscope for recording and displaying temporally successive images as well as a mechanism for selecting rigid images from the image sequences, so to speak an audiovisual monitoring system for an analogue data stream, which should represent this image stream in an improved form. This was seen by the court as a contribution to solving a technical problem.

Even in the case of Apple’s Slide-to-Unlock, the BGH differentiated between the actual wipe gesture and the additional screen display. The control command in the finger movement should not only trigger the unblocking, but also a display symbolizing the command and the progress of its execution, the court explained. This was a technical solution to the technical problem of making the unlocking process visually recognisable to the user and thus increasing operating safety.

On the other hand, the instruction to execute this display as the movement of an unlock image along a displayed path on the screen concerns the content of the information provided by graphic means. This is non-technical and therefore not patentable.

Do you need support for a patent on computer-implemented inventions?

Our attorneys will be pleased to advise you. If you are interested, please contact us – we look forward to hearing from you!