A long known, old functional principle can be “non-obvious” and therefore inventive in the sense of patentability, the BGH ruled in its leading decision ‘Laufradschnellspanner’ – even if the functional principle is used in devices that have also been known for a long time. 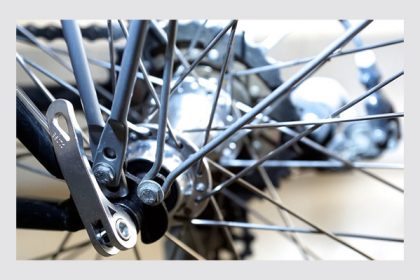 The interesting decision of the German Federal Supreme Court (BGH) on quick-release wheel clamps provides case law for a problem with patent applications that contain a functional principle or component that has been known for a long time. In practice, this happens more or less 100% of the time; to put it colloquially, why reinvent the wheel?

The patent in suit (European patent 1 801 005), in its still defended version, concerns the use of a quick-release for the rapid installation and removal of wheels on bicycles. The plaintiff had challenged this patent on the grounds of lack of patentability (Art. II § 6.1 No. 1 IntPatÜbkG in conjunction with Art. 54 and 56 EPC), but with its action only obtained a limitation of the patent to its still defended version.

With its appeal before the Federal Supreme Court, the plaintiff sought a complete declaration of invalidity of the patent in suit, which had been declared patentable by the Federal Patent Court in its still defended version.

A central point of discussion in this case was the clamping lever – a tool or component that has been known for a very long time and especially for machine tools. Had it therefore been obvious or non-obvious to consider these levers, which are mainly used for machine tools, also for quick-releases?

The clamping levers, which had been known for a long time and used for tools, had had no influence on the fastening of impellers for decades, argued the defendant patent proprietor, so they were not obvious – quasi-obvious.

Prior art: Clamping levers can be used in other than machine tools

The court admitted that it was clear from K4 that devices of the clamping lever type could also be used for objects other than machine tools. However, as the BPatG had already found, there was no reason to consider clamping levers also for quick-release levers according to K6.

The abbreviation K6 stands for the German utility model 297 14 945, which is quite close to the patent in suit. But neither disclosed nor suggested was the further development of the patent in suit in the sense of its features 6.1 and 6.2. And features 6.1 and 6.2 were therefore to be regarded as “not disclosed”, the BGH concluded its consideration, because the lever was axially movable and removable, but not movable into a position in which its angular position could be adjusted independently of the state of tension.

Finally, the BGH rejected the claim.

The BGH ruling on quick-release wheel clamps is not a carte blanche for patent applications that contain known functional principles or tools without considering the context. However, it opens up the possibility of using known functions even in known processes or devices for new and protectable innovations, if one thinks of the old in a new context and presents it accordingly in the patent description.

We would be pleased to help you with the corresponding drafting of a patent application. Our attorneys have many years of expertise in patent law as well as in the entire field of intellectual property.