The BGH ruled again between Sisvel vs. Haier as the lead decision in FRAND II: with details on the willingness to license for SEP licenses and, most importantly, a decision on whether distributors should have claimed a license limited to their own activity. 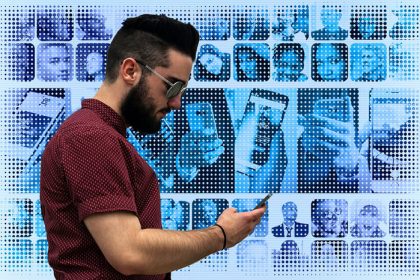 The background to the BGH ruling FRAND II (KZR 35/17) is a case between Sisvel and Haier that lasted several years. At the centre of the case is the European patent EP 1264504 – which has lapsed in the meantime – filed by Nokia Oy in February / March 2000; since 2012, Sisvel has been the registered patent holder for this patent, originally held by Nokia, which contains an indispensable invention for mobile communications in relation to UMTS (Universal Mobile Telecommunications System) and the 3GPP TS 25.331 standard, for which the European Telecommunication Standard Institute (ETSI) is responsible; the patent in suit is considered a so-called standard-essential patent (SEP).

SEPs have been indispensable for many years, especially in the field of telecommunications. Such patents are notified by the patent holder to ETSI; in doing so, the patent holder must undertake in writing to license these patents to competitors on fair, reasonable and non-discriminatory (FRAND) terms in accordance with ETSI’s IPR Directive.

The Huawei vs. ZTE judgment of the European Court of Justice (ECJ) of 2015 and the “ping-pong procedure” between the parties to the dispute prescribed by it are groundbreaking in the case law on this issue: both the licence holder and the licensee must be clearly willing to reach a licensing agreement for an SEP. Otherwise, a patent holder cannot proceed with a patent infringement action and injunctive relief against a patent user without a licence. Particularly often, therefore, the willingness of the parties to the dispute to obtain a licence is a contentious issue in court.

This was also the relevant aspect in the SEP FRAND II judgment now decided. In December 2012, plaintiff Sisvel had signalled to defendants Haier (the Haier Group with Qingdao Haier Telecom Co. Ltd. and Qingdao Haier Electronics Co. Ltd.) that it wanted to enter into a FRAND-compliant licensing agreement. In April 2013, Sisvel also declared this willingness to ETSI, and discussions on a licensing agreement were held with the Haier Group at the latest since December 2013.

However, Haier offered mobile phones as well as tablets at the International Consumer Electronics Fair in Berlin in September 2014 – without a licence. The plaintiff Sisvel saw this as a patent infringement and successfully claimed injunctive relief, information, invoicing and a declaration of its obligation to pay damages before the Düsseldorf Regional Court (LG Düsseldorf), as well as the destruction and recall of the devices.

Haier appealed and was partially upheld. The decision of the LG Düsseldorf was changed; in particular, the action was dismissed as currently unfounded with regard to the claims for injunctive relief, destruction and recall, as well as the claims for information and accounting, insofar as information on costs and profit was requested. However, the Court of Appeal allowed an appeal, which Sisvel also made use of: before the German Federal Supreme Court (BGH), it demanded that the judgement of the LG Düsseldorf be restored. In a cross-appeal, Haier demanded the opposite, namely a complete dismissal of the action.

The BGH explained its decision in detail and confirmed its previous case law with high requirements for a willingness to license with its FRAND II decision. The BGH dismissed Haier’s appeal and upheld Sisvel’s appeal. The ruling of the LG Düsseldorf was restored, the BGH ruled.

A patent infringement action for injunction, recall and destruction based on an SEP is not an abuse of market power if the licensee is not clearly willing to enter into the licence agreement, the BGH ruled and also formulated this as an SEP lead decision.

In particular, the BGH disagreed with the Court of Appeal’s view that there were no objections in principle to a group-wide and worldwide portfolio piecemeal licence. The background to this is that Haier had disputed the customary nature of a group licence in its correspondence with Sisvel and argued that since the plaintiff was not actively licensing on a group-wide basis (but rather belonged to a group whose companies marketed different licensing programmes), it could not expect licensing by the Haier group either. Instead, Haier presented an own licence agreement intended to cover the European distribution activity.

In contrast to the Court of Appeal, the BGH ruled that plaintiff Sisvel was entitled to expect that the defendants would at least provide factual reasons why they thought such selective licensing was in their interests. This was also in line with the objective view of a negotiating party interested in concluding a contract, the BGH explained. The court added that Haier could not have assumed that it had made a FRAND-compliant offer with the proposed licence arrangement. According to BGH, this offer did not show that Haier could have a legitimate interest in a licence agreement.

Distributors: claim to licence limited to their own activity?

The BGH emphasised that it was not relevant whether the defendants, as distributors alongside the Haier group, had a licensing claim of their own at all.

For Haier’s unwillingness to license, the distributors could in any event not reasonably claim a licence limited to their own activities, which for the Haier Group entailed the risk of Haier circumventing its own distributors, the BGH explained, referring to the UK Supreme Court’s judgment of 26 August 2020, [2020] UKSC.

Do you need support for patent protection or patent defence?

Our attorneys have many years of expertise in patent law as well as in the entire field of intellectual property and are authorised to represent you before any court – in Germany and also internationally.
Please do not hesitate to contact us if you are interested.