In its ‘Cigarette Package’ ruling, the BGH changed the contrary decision of the BPatG: it was about the extension of undisclosed features in an EU patent. The BGH followed its previous case law and emphasized the compatibility of EU law and German patent law. 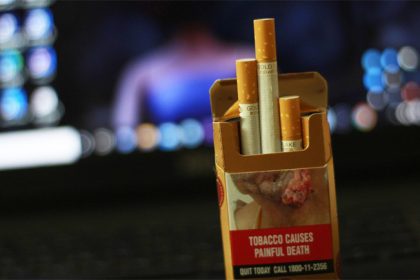 The focus of the ‘Cigarette Package’ decision of the Federal Court of Justice (BGH) (X ZR 158/18) is on the extension of features of a patent that are not originally disclosed. If the scope of protection has been extended by such an addition of undisclosed features, it can be declared invalid upon request. This is referred to as a non-genuine extension, i.e. an inadmissible inclusion of a restrictive feature.

However, an extension does not necessarily lead to the invalidity of a patent. If no rights are derived from such an extension and undisclosed features lead to a mere restriction of the subject matter of the application, but not to an aliud, such a new feature may remain in the patent claim. It must then be ensured that no rights arise from this added feature.

In practice, however, this is not always clear: when does a feature change the disclosed teaching? In jurisprudence, a non-authentic extension is referred to as an aluid (lat: something else): something other than the agreed subject matter, other than the contractually stipulated performance.

Specifically, an extension of undisclosed features of a European patent ‘cigarette package’ had to be assessed, whereupon an application for invalidity was filed against the EU patent EP 0 942 880 “Packaging of Smoking Articles” (according to IntPatÜG). The owner of the patent had subsequently had one of the 19 patent claims amended. The patentee defended her IP right as granted and, in the alternative, in twenty amended versions (auxiliary requests 1 to 5C).

In 2018, the Federal Patent Court (BPatG) had declared the ‘cigarette pack’ patent in suit invalid (4 Ni 10/17 (EP)) insofar as its subject matter extended beyond the version defended by auxiliary request 3, but otherwise dismissed the application for invalidity. The BPatG was of the opinion that no rights could be derived from feature 1.E, but that it was a concretization of the disclosed teaching. The applicant appealed against this ruling to the Federal Court of Justice (Bundesgerichtshof (BGH)).

The patent in suit describes a cigarette pack which is supposed to combine the respective advantages of a rigid pack (better protection of the cigarettes) and a soft pack (cheap to manufacture) – that is the technical problem. All the more interesting is feature 1 E, which provides for a supporting effect also by other parts of the frame – and which was not disclosed as belonging to the invention.

The BPatG was of the opinion that this feature was to be taken from the general teaching that the frame as a whole supports the formation of the sealing seams. However, the BGH disagreed with this view. The added undisclosed feature adds a new technical aspect, the BGH ruled, because it does not lead to a concretization of the disclosed teaching, but even to a generalization, namely that the pressure distribution can be effected not only by the side walls, but by every part of the frame.

An aluid necessarily leads to a declaration of invalidity of a patent if the subject matter of the patent in suit is in an exclusive relationship to the originally disclosed subject matter – and also if  added undisclosed features concern a new technical aspect. This is the case, the BGH explained, if the added feature relates to a technical aspect that cannot be identified as belonging to the invention either in its concrete form or at least in abstract form. This was the case in the present case.

Therefore, the BGH amended the decision of the BPatG and declared the European patent ‘cigarette package’ completely invalid for the territory of the Federal Republic of Germany.

The decision of the BPatG of 2018 also had a European dimension, because even as a leading decision the BPatG formulated in it that an invalidity attack due to inadmissible extension of the content of the application according to Art. II Sec. 6 (1), first sentence, No. 3 IntPatÜG requires a corrective additional examination of patentability.

The BGH in turn emphasized the compatibility of EU law and German patent law. The case law on an Aluid also applies to European patents, the BGH explained, because the requirements for a declaration of invalidity are governed by national law and the relevant provision in Art. II Sec. 6 (2) IntPatÜbkG is identical to the provisions applicable to German patents (Sec. 22 (2) and Sec. 21 (2) sentence 1 PatG).

In all other respects, the BGH followed its previous Aluid case law and itself referred to the relevant BGH judgments: Integrationselement (june 2011 – X ZR 43/09), Tintenstrahldrucker (august 2013 – X ZB 2/12) and Wundbehandlungsvorrichtung (february 2015 – X ZR 161/12).

Our attorneys have many years of expertise in patent law as well as in the entire field of intellectual property and are authorized to represent you before any court – in Germany as well as internationally.
Please feel free to contact us if you are interested.