In today’s preliminary ruling of the European Court of Justice on the long-standing feud over the short music sequence “metal on metal”, the right of the first phonogram producer was confirmed. This landmark decision in copyright law is the final of a long-running case in German courts and is decisive for artistic freedom in the sampling of music.

Two seconds of music from 1977 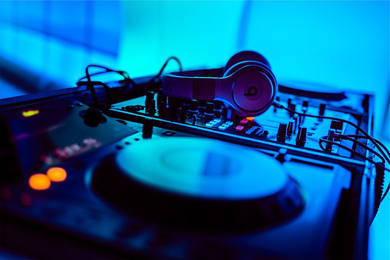 The background of the case is the short rhythm sequence in the song “Metall auf Metall” by the German band Kraftwerk from 1977. As has become very common in the meantime, musicians process sounds from older tone sequences into a new piece of music. This also happened here. The music producer Moses Pelham – Pelham GmbH is appellant in this case – underlaid the German song “Nur mir” 1997 with a permanent repetition of the sequence in dispute at a slightly slower speed. This loop picks up the short original metallic rhythm sequence and changes it as a means of creation.

Focus on rights of phonogram producers and copyrights

The respondents in the appeal, the band Kraftwerk, argue that the appellant “sampled” about two seconds of a sequence electronically copied from the title “Metal auf Metall” and placed it under in the song “Nur mir” as a loop – although they would have been able to record the adopted rhythm sequence themselves. They sued for infringement of the ancillary copyright law as a sound carrier manufacturer and phonogram producer, alternatively also of the ancillary copyright law as a performing artist and also of copyright law.

Preliminary questions referred on artistic freedom in the sampling of music

With its decision, the BGH submitted several questions to the ECJ last year which are decisive for artistic freedom in the sampling of music. (Decision of 01.06.2017,  I ZR 115/16). On the one hand, the BGH asks whether there is an encroachment on the right of phonogram producers to reproduce in accordance with Art. 2 c Directive 2001/29/EC and distribution in accordance with Art. 9 I b of Directive 2006/115/EC) if the tiniest fragments of sound are removed from their phonogram and transferred to another phonogram. For under Article 2(2)(c) c of Directive 2001/29/EC, Member States provide for the exclusive right of phonogram producers, in respect of their phonograms, to authorise or prohibit, in whole or in part, direct or indirect, temporary or permanent reproduction by any means and in any form. Although the EU Directive 2001/29/EC is only applicable to acts of exploitation from 22 December 2002, it can be assumed that the piece of music “Nur mir” was also reproduced and distributed in this time window. The BGH also raises the question of whether a phonogram containing the smallest fragments of sound transmitted from another phonogram is a copy of the other phonogram within the meaning of Art. 9 para. 1 letter b of Directive 2006/115/EC.

Moreover the question is of whether a work may be used for quotation purposes if it is not apparent that a third party work or other object of protection is being used in accordance with Art. 5 para. 3 letter d of Directive 2001/29/EC.

Opinion of Advocate General strengthens the rights of phonogram producers

Today the Advocate General clarifies, on the one hand, that the extraction of an extract from a phonogram for the purpose of its use on another phonogram – so-called sampling – constitutes an interference with the exclusive right of the producer of the first phonogram to reproduction if it is made without his permission. Sampling plays a special role in musical genres such as hip-hop or rap. The Advocate General acknowledged that it was not only a means of creation, but also an independent artistic approach. If the sampling of excerpts from phonograms were to be regarded as lawful without the permission of the rights holders, this would apply both to musicians belonging to the hip-hop culture and to all others.

Thus today’s preliminary ruling decisively restricts artistic freedom in sampling. If the European Court of Justice agrees with today’s Opinion of the Advocate General, the frequently used sampling will be considered unlawfully used everywhere where no permission for the first phonogram has been obtained.

Do you also need help in copyright or product piracy?