Second-hand E-books in virtual marketplace = communication to the public

Just before Christmas, Europe’s highest court handed down an important ruling on copyright and e-books. Is a virtual marketplace for second-hand e-books an infringement of copyright? 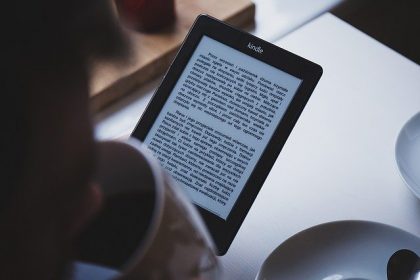 Two Dutch associations, the NUV and GAU, were commissioned by several Dutch publishers in 2014 to take action against Tom Kabinet, the operator of an online marketplace for used e-books. The publishers and associations believed that this was a copyright infringement against the sale of illegally downloaded e-books.

On 1 June 2015, Tom Kabinet changed the services offered until then and replaced them with a Tom Kabinet reading club. The Reading Club offered its members “used” e-books in return for a sum of money, which were either purchased by Tom Kabinet or donated free of charge to Tom Kabinet by the members of the Club. In the latter case, these members had to provide the download link for the book in question and declare that they had not kept a copy of the book. Tom Kabinet then uploaded the e-book from the retailer’s website and added his own digital watermark to the e-book to confirm that it was a legally purchased copy.

The publishers and the associations NUV and GAU also saw a continuing copyright infringement in this process and applied for an injunction against the Reading Club. In particular, Tom Kabinet’s Reading Club was alleged to be engaged in the unauthorised distribution and reproduction of e-books to the public. This is because making an e-book accessible is usually accompanied by a licence for use which only permits the reading of the e-book by the user who has downloaded the e-book in question with his own device.

In an interlocutory judgment, the Rechtbank Den Haag (Court of The Hague, Netherlands) rejected this allegation. Tom Kabinet’s offer does not constitute communication to the public of those works within the meaning of Article 3(1) of the Directive. Nevertheless, it is not clear whether making an e-book available by downloading for use for an indefinite period of time, for which payment is required, constitutes an act of distribution within the meaning of Article 4(1) of Directive 2001/29. The Rechtbank referred this question to the highest European court (ECJ) for a decision.

Just before Christmas, the ECJ ruled in this case. In order to be classified as “communication to the public”, it is necessary that a protected work be reproduced using a technical process different from those previously used or for a “new public” , according to case law of ECJ (Stichting Brein judgment, C-610/15). In the present case of the reading club Tom Kabinet, the reproduction, as carried out by Tom Kabinet, is directed at a new public, the court explained.

Any provision of an online service requires consent

The Court explained that the question of exhaustion did not arise in relation to services in general or online services in particular, since, unlike CD-ROM or CD-I, where the intellectual property is embodied in a physical medium, any provision of an online service is in fact an act requiring consent where copyright or a related right so provides.

Would you also like to protect a trademark? Or do you need help with copyright law?

Each case is considered individually and carefully by us. Please feel free to request a call-back!