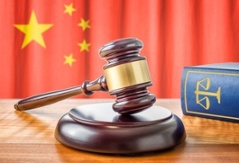 “Kim & Chang” from Seoul (Korea) informs that new amendments to the Korean Patent Act were signed into law on February 4, 2016.

“The amendments include a number of important changes to Korean patent procedures, such as a new patent cancellation system and a shortened period for requesting examination.

Most of the changes in the Amendments will go into effect one year after the date the Amendments are officially announced, which is expected to take place approximately at the end of February or early March this year. Some of the notable changes are briefly discussed below.”

See the full changes at their news article: http://www.kimchang.com/ip/content.jsp?mode=2&idx=15863&lang=1