A noteworthy ruling by the German OLG Cologne is a contribution to reorientation of the concept of legal services. A general text generator for legal documents as a Legal-Tech offer is permissible, but does not create legally binding documents, the OLG Köln ruled. 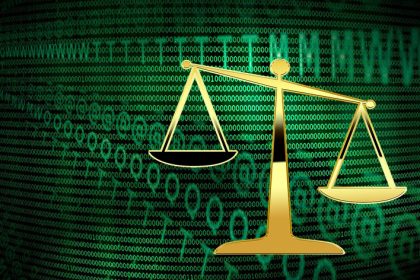 The interesting case in the area of legal-tech offers was about a digital offer of a publishing house. The publisher is not licensed to practice law and is not authorised to provide legal services. Nevertheless, the publisher offers a digital text generator for legal documents online, a kind of robot for contract texts.

This offer has also been advertised by the publisher, with statements such as “Cheaper and faster than the lawyer”, “Legal documents in lawyer quality” and “More individual and more secure than any template and cheaper than a lawyer”.

The Cologne Chamber of Lawyers became aware of this and took legal action against both the digital text generator for legal documents and the associated advertising and was initially successful.
In its judgement of 8 October 2019, the Regional Court of Cologne (LG Köln) had decided that the electronic text generator did not offer licensed legal services, but that this constituted a legal service requiring a licence under § 2 RDG. In that regard, the advertising based on that service is also an unfair act.

Appeal with reference to BGH judgment

The publishing house appealed against this decision before the Higher Regional Court of Cologne (OLG Köln) and referred to the ruling of the Federal Court of Justice (BGH) of 27 November 2019, ref. VIII ZR 285/18, according to which, although law-seekers should be protected from unqualified legal services (Section 1 (1) sentence 2 RDG), the term legal service should nevertheless be considered generously, the BGH had ruled. The legislator of the RDG had just intended, the defendant publisher stated, that new occupational profiles could develop in the field of computer-supported systems. A further procedural error also lay in the fact that the comparability with tax return software had simply been ignored.

The OLG followed that reasoning and upheld the applicant’s claim. There was no infringement of §§ 3, 2 RDG, the OLG ruled. By offering the document generator, the defendant publishing house did not provide a legal service within the meaning of Paragraph 2(1) of the RDG which requires authorisation under Paragraph 3 of the RDG.

This ruling leads to a new legal status in Germany with regard to text generators or text robots for legal and contractual documents.

Software as such is not an “activity of a service provider

The digital legal document generator offered by the publishing house creates individual legal documents on the basis of a question and answer system from a collection of text modules, the court summarised. This process can only be regarded as a legal service if the elements of the offence “activity in a specific foreign matter as soon as it requires a legal examination of the individual case” are interpreted broadly. For the software as such is not an “activity” of a service provider, the OLG decided.

However, such a broad interpretation has not been required since the BGH ruling VIII ZR 285/18.

Although the subsequent use of the offer by users – consumers and companies – is an activity in a specific individual case, but not in a “foreign” matter, the OLG added. In addition, the programme runs in the controversial digital text generator – recognisable to the user – according to a fixed routine in a question/answer scheme, with which a factual situation is inserted into a given grid. This process therefore does not require a “legal examination of the individual case”.

If legal processes are carried out without an individual legal examination or if the legal assessment of a question is so easy and clear even for legal laymen that a special legal examination is not required, there is no legal service, explained the Higher Regional Court of Cologne and pointed out that a legal document generator, just like a rental price calculator, produces a non-binding result. A digital text generator for legal documents such as in the present case does not produce legally binding documents, the OLG stated.

Advertising for the text generator is misleading

In this respect, the OLG Köln confirmed the injunction for the publisher’s advertising which presents the text generator as comparable to legal advice; the Regional Court (LG Köln) had already ordered this injunction.

However, an appeal and corresponding continuation of this case before the BGH is possible. “Because of the fundamental questions raised by the case and in the interest of legal standardisation by developing guidelines for the highest courts”, as the OLG’s decision literally states, the appeal is permitted.

Do you need legally binding advice and contractual documents?

Our attorneys have many years of expertise in all areas of intellectual property law (trademark and patent law) as well as competition law and are entitled to represent you in any court – in Germany and internationally.
Please contact us if you are interested.