NEUSCHWANSTEIN and its geographical origin before the ECJ

Does the word mark NEUSCHWANSTEIN contain any indication of geographical origin? On Thursday the ECJ will likely judge the dispute between the Free State of Bavaria and BSGE, in which the most famous German castle plays a decisive role: 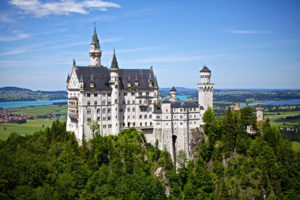 Plaintiff is the Federal Association Souvenir – Gifts – Prizes of Honour e. V. (Bundesverband Souvenir – Geschenke – Ehrenpreise e. V.  (BSGE)). The action is brought against the Free State of Bavaria, which in 2011 had the word mark protected as a Union trademark at the European Trade Mark Office (EUIPO) in 17 different Nice classes. Already in 2005, the Free State of Bavaria had filed the national word mark NEUSCHWANSTEIN with the German Patent and Trade Mark Office (DPMA).
BSGE claims that the word mark Neuschwanstein contains information which serves to designate the geographical origin. After all, Neuschwanstein Castle can be located geographically. Nor does the mark in question have any distinctive character for the goods and services in question, since Schloss Neuschwanstein as such is not a place of production of goods or the provision of services. Even an infringement of Article 52.1  of EU Regulation No 207/2009 existed- the application for registration of the challenged mark had been made in bad faith.

The Cancellation Division of EUIPO dismissed the action brought by BSGE. There is no evidence that the mark in dispute is being used to market specific souvenirs and to offer certain services which might lead the relevant public to believe that it is a geographical indication of origin. In particular, EUIPO pointed out that the goods and services covered by the challenged mark were intended for daily consumption and would therefore only become a souvenir when the sign “NEUSCHWANSTEIN” was affixed. The BSGE appealed this decision to the European Court of Justice (ECJ). 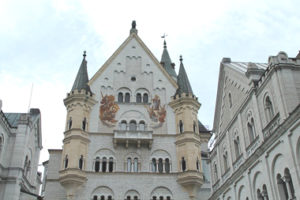 The Advocate General of the ECJ already stated that a possible link for a geographical location cannot only be seen in the place of manufacture of the goods in question. However, this does not necessarily mean that the sales location automatically gives this information. Because it is quite possible that a souvenir article carrying the attacked brand may be sold elsewhere than in the surroundings of Neuschwanstein Castle.
Moreover, a point of sale of a product is not descriptive of its properties, properties or other characteristics. This is only the case if a tradition, technique or a special craft is suspected by the consumer through the geographical location (example “Limoges” in relation to porcelain goods). However, this was not the case with Schloss Neuschwanstein and the disputed word mark.

As regards the question of the distinctive character of the goods and services in question, the Advocate General points out that the Nice classification does not include a category of’souvenirs. Consequently, the Court was right to examine whether the sign NEUSCHWANSTEIN is descriptive of the goods and services covered and intended for current consumption and daily life and not for souvenirs. In this context, however, NEUSCHWANSTEIN is not a descriptive sign.

Museums and cultural sites may market goods under their own name

The Advocate General also examined the applicant’s accusation that “NEUSCHWANSTEIN” was an advertising medium or a slogan. However, the sign allows the relevant public to distinguish both the commercial origin of the goods and services covered by the challenged mark and to refer to a visit to the castle. This dual function was the inevitable consequence of the decision of the owner of a museum – in this case the Free State of Bavaria – to have his name registered as a Union trademark. This was by no means forbidden. Rather, it was customary in business transactions that museums and distribution companies of cultural sites or tourist or cultural sights marketed goods under their respective names, whereby these designations were used as trademarks.

Therefore, the Advocate General recommended that the action be dismissed in its entirety. The fact is that registration of a geographical name as a Union trade mark can be refused only if the name can indicate an origin – because a geographical name as such does not automatically indicate such an origin. The example of the “Montblanc” pens, which no one could assume originated from the mountain of the same name, was mentioned very vividly.

Taste is decisive: Stage victory for Aldi in the Champagne dispute