Does the average consumer think of Scotch Whisky when he hears Glen Buchenbach? The European Court of Justice ruled on the geographical word mark “Glen” and Swabian Glen whisky. 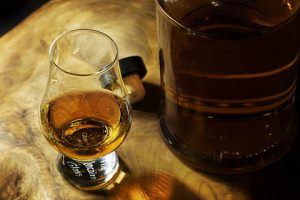 The Scottish Whisky Association (TSWA) had filed a complaint against a Swabian whisky producer Michael Klotz, who produces and distributes a whisky called “Glen Buchenbach”. The applicant in the main proceedings claims that use of the term “Glen” infringes the registered geographical indication “Scotch Whisky”. The current preliminary ruling by the Advocate General of the European Court of Justice (ECJ) makes it clear that the possible misleading of the consumer will be the decisive factor in the judgement. The Advocate General recommends that the case be referred back to the Hamburg Regional Court in order to clarify this issue.

In fact, the spirits sector is of such importance for consumers, producers and also for the agricultural sector in the EU Community that this sector is regulated by its own EU regulation, Regulation (EC) No 110/2008, which defines precisely the production (distillation, maceration, blending) and the alcoholic strength (ethyl alcohol, minimum alcoholic strength by volume of at least 15%) of a spirit.

The geographical name of spirit drinks is also precisely defined, it is “an indication which identifies a spirit drink as originating in the territory of a country, region or place within that territory, with a certain quality, reputation or other characteristic being essentially attributed to that geographical origin”, the Regulation states. In particular, consumers should be protected from being misled as to the origin of the product. In the present case, the Regional Court of Hamburg has asked the ECJ to interpret the Union’s legislation on the protection of registered geographical indications applicable to spirit drinks.

Indirect use or reference to a geographical indication

Associations linked to the designated regions are often advertised throughout the entire luxury food sector. It was not until the end of December that a landmark decision was made that Aldi was allowed to continue to call his ice sorbet champagne sorbet, we reported on this case.

The question in the case of the Glen whisky is similar: about a quarter of Scotch whisky distilleries in Scotch are named after their Glen – the Gaelic word for a narrow valley in the highlands. So how is the name Glen justified in the Swabian Buchenbachtal?

The German whisky maker argues that in the name of the whisky, he clearly indicates that it is a German whisky, namely a Swabian one. The label of the controversial whisky contains the following information: French horn distillery, Glen Buchenbach, Swabian Single Malt Whisky. On the other hand, the complaining TSWA is of the opinion that the term “Glen” evokes an association with Scotland and Scottish whisky among consumers, despite the addition of other information on the German origin of the product. The evaluation becomes more complicated because there are also known “Glen” whiskies outside Scotland. Examples include “Glen Breton” from Canada,”Glendalough” from Ireland and even “Glen Els” from Germany.

Referral back to the Regional Court

The Advocate General of the ECJ clarified that a prohibited indirect use of a registered geographical indication is present where the name in question is identical to the indication in question or is similar in sound and/or visual terms. The additional exact designations on the label shall not be taken into account.

The Advocate General also commented on the “allusion” to a registered geographical indication. This is also prohibited, but does not necessarily require sound or visual similarities with a geographical indication protected in the EU. But what if the consumer, in his or her association of ideas, makes a link to the geographical area in question? It is therefore decisive in this case and to be examined by the Hamburg Regional Court whether average consumers immediately think of “Scotch Whisky” in the term “Glen”. This must be determined by the Regional Court of Hamburg and must rule out any possible misleading of the consumer, according to the preliminary ruling of the Advocate General.

Today the European Court of Justice delivered its judgement on Glen Whisky. It essentially follows the Advocate General’s observations referred to in that Article and clarified the interpretation of the geographical indication in the grounds of the judgment.