Do you have a good idea in mind that could change the world (and possibly makes you rich)!? Sure – patent it. But how many people think like this? According to the World Intellectual Property Organization there were nearly 2.7 Million patent applications in 2014!

To give you a good overview, check the infographic: 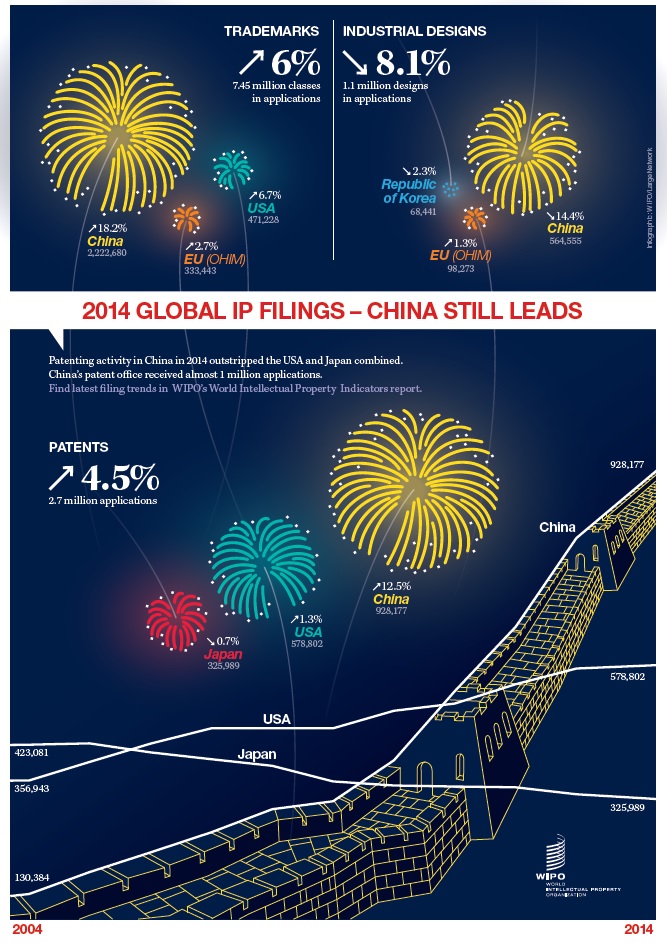 For the first time in more than 20 years, the total number of designs contained in all industrial design applications filed worldwide in 2014 dropped by 8.1% to about 1.14 million in 2014.2.
The fall was mainly due to a sharp decrease in filings by Chinese residents.


Do you also want to patent your invention? …

… maybe we can assist you?!