Enforceability of the first instance judgment when Appeal judgment set aside 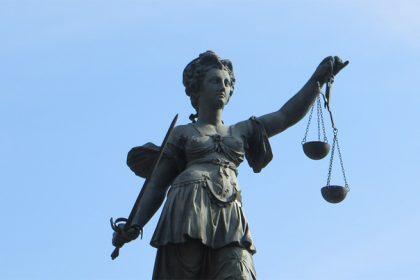 The argument against the resurgence of provisional enforceability is that the presumption of correctness of the first judgment justifying provisional enforceability is still shaken by the deviating second judgment, even though it has been revoked. On the other hand, it is argued that with the revocation of the appeal decision, its effects ceased to exist altogether, i.e. also the prerequisites for the facts of the case.

In the case on which this judgment was based, it was a question of refraining from the documentary proceedings in the appellate court. An attorney, plaintiff before the Federal Supreme Court, acted for his client, who is the sole shareholder of a Swiss stock corporation, as an organ of this company for the purpose of negotiating an agreement with a contractual partner. Defendants are the heirs of the client and sole shareholder.

A fee agreement was signed between the attorney and the client for an exclusive representation of the Swiss stock corporation, but the payments agreed in the agreement were neither requested from nor made by the stock corporation. The plaintiff asserted his claims in the documentary proceedings.
The point at issue before the Federal Supreme Court was the evidence submitted by the lawyer in the documentary proceedings; the authenticity of the testator’s signature had been effectively contested by his heirs.

Relevance of the distancing from the documentary proceedings

The Federal Court of Justice referred to the case law according to which, in principle, it is not contrary to the relevance that new party statements and, if necessary, the taking of evidence become necessary as a result of the amendment to the complaint and that the completion of the proceedings is delayed.

The BGH added that, as a rule, the relevance could therefore not be denied on the grounds that the defendant would lose a factual level of jurisdiction by allowing a change or extension of the action.

Enforceability of a foreign arbitral award

The actual receipt of the original document to be served is not necessary for the actual receipt as a prerequisite for the remedying of Irregularities in notification under § 189 ZPO (ZPO = German Code of Civil Procedure). The successful transmission of an (electronic) copy in the form – for example – of a fax, a photocopy or a scan is sufficient, the Federal Court of Justice ruled in its leading principle decision. A mere oral transmission or a handwritten or typewritten copy of the original to be served, on the other hand, is not sufficient because of the susceptibility to errors.

Do you need help with a preliminary injunction and its enforceability?

Our attorneys have many years of expertise in all aspects of intellectual property law and are entitled to represent you in any court – in Germany and internationally.
Please contact us if you are interested.