Execution without recourse to foreign law

A temporary suspension of execution can only be considered if the appeal appears promising. In addition, the Federal Court of Justice specified in its current decision in which case the enforcement of a foreign arbitral award is not subject to recourse to foreign law. 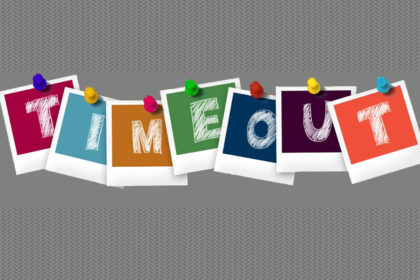 In its current decision, the German Federal Court of Justice has ruled that the enforcement of a foreign arbitral award was not subject to recourse to foreign law because the person of the opposing party to the declaration of enforceability was beyond doubt and unambiguously identifiable and there was no separate legal entity of his person as distinct from the previously reported trade.

Priority of the creditor’s interest in enforcement

In addition, the Federal Court of Justice made it clear that a temporary suspension of execution could only be considered if the appeal appeared promising. Only then could the creditor be expected to wait for enforcement. Admittedly, the appellate court could order on application that enforcement against or without the provision of security be suspended for the time being or only take place against the provision of security.
However, the BGH ruled that the interests of the debtor and the creditor had to be weighed against each other in this regard and that, in principle, the creditor’s interest in enforcement had to be given priority.

Previous decisions of BGH on levy of execution

The Federal Court of Justice (Bundesgerichtshof – BGH) has already clarified the principles of enforcement on several occasions, in particular the temporary suspension of enforcement.

Please read in this context also our article Requirements with which the temporary suspension of the levy of execution.

In the current judgement I ZB 30/19 of 17 October 2019, the Federal Court of Justice ruled on the temporary suspension of the execution of a foreign arbitral award. The background to the case is a judgment of the OLG Düsseldorf of 28 March 2019 (I-4 Sch 7/18) in which the OLG granted the application for a declaration of enforceability of an arbitral award of 27 March 2017. This arbitral award granted “the partnership D. DO. INDUSTRIE- UND HANDELSVERTRETUNG with its seat in Germany …, represented by Do. I. D. ” was ordered to pay 86,347.17 € for delivered goods and 14,931.60 € for the costs of the arbitral tribunal. The OLG Düsseldorf had declared this order provisionally enforceable.

This “partnership D. DO. INDUSTRIE- UND HANDELSVERTRETUNG with seat in Germany …, represented by Do. I. D. ” became the point of contention in the question of the cessation of the execution. The respondent to the declaration of enforceability claimed that recourse to foreign law, in his case Romanian law, was necessary with regard to his person. According to Romanian law, a natural person loses his or her legal capacity by registering a business.

The defendant had argued that he had submitted to the OLG that the D. Do. The defendant had argued that the D. Do. industrial and commercial representation was not capable of being a party or of being sued under Romanian procedural law due to the deregistration of its trade in Germany. In his opinion, the OLG had not dealt with this sufficiently. He demanded an examination of his procedural complaint and asserted a constitutional requirement of certainty.

The OLG also considered the defendant’s complaint to be unfounded because the defendant was not a legal person but a natural person. The OLG had stated that the party to the arbitration proceedings was not D. Do. Industrial and Commercial Representation as an independent legal entity, but the defendent himself, who had been sued only under his previously used company. The company “D. Do. Industrie- und Handelsvertretung” was the name under which the defendant had appeared in business transactions until the deregistration of his trade. At no time had there been a separate legal entity of the defendant behind his company. The OLG therefore considered the complaint to be unfounded.

The BGH dismissed the opponent’s appeal. The OLG Düsseldorf rightly considered the defendant to be a natural person and not a legal person, the Federal Court of Justice ruled. The defendant had not asserted that a natural person under Romanian law loses his capacity to sue as a result of a business registration. The arbitral award with regard to the person of the respondent was doubtless and unambiguously determinable, since there was no doubt that the respondent was a defendant in the arbitration proceedings. The OLG was therefore able to make the arbitral award within the framework of the declaration of enforceability in a clarifying manner and without recourse to foreign law, the Federal Court of Justice ruled.

Right to be heard only with substantiated evidence

In addition, the respondent asserted that the Higher Regional Court had violated its right to be heard by not hearing a named witness in order to prove its submission that it had set off a counterclaim totalling € 55,193.29 in the arbitral proceedings. Was the offer of evidence sufficiently substantiated? The respondent says yes, the OLG Düsseldorf says no.

The BGH also rejected this complaint of the respondent. The necessary content of an application for evidence is the specified description of the facts which are to be proved – taking into account the duty to be truthful and complete (§ 138 (1) ZPO), the court declared. In this context, the opposing party must also be taken into account. And in this case, the petitioner had given a detailed account of the course of the arbitration proceedings and disputed a set-off by the respondent. Therefore, the offer of evidence was not sufficiently substantiated, the BGH ruled.

The BGH explained that a violation of the right to be heard presupposed that in the individual case the submissions of the parties were not acknowledged or taken into account at all. However, this was not the case in the present case; the Higher Regional Court of Düsseldorf had examined the procedural complaint concerning the person of the respondent in its statement of grounds and rightly rejected it.

Do you need assistance with a temporary injunction or a levy of execution?

Our lawyers will be happy to advise you. If you are interested, please contact us today – you are also welcome to make use of our recall offer!