The German SilverTours GmbH with its large online portal for rental cars cannot enforce that its Domain billiger-mietwagen.de is protected as a European word mark. The European Court of Justice confirmed the refusal to register the desired word mark. 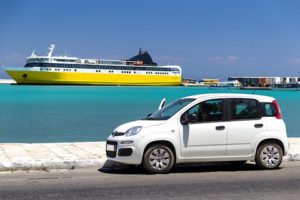 The SilverTours GmbH case was heard against EUIPO (T-866/16). In the center of the argument is located the Domain www.billiger-mietwagen.de (German, i.e. “cheaper-rental car”), over which world-wide rented cars can be rented, very well-known in Germany. The domain holder wanted to protect this domain name as a European word mark. However, the European Patent Office (EUIPO) refused registration. In january 2018, the European Court of Justice (ECJ) confirmed that billiger-mietwagen.de cannot be protected.

The complaint of SilverTours GmbH was based on three points:

But the ECJ deinied the claims

In its response, the EUIPO had taken a detailed position on the rules of German grammar in connection with the word marks in question. The three word as “the cheap rental car”, “a cheap rental car” and “cheap rental car” were considered correct in linguistic and grammatical terms.
Signs or indications moreover which may serve to designate characteristics of the goods or services applied for should be freely available to all (Article 7(1)(c) of Regulation No 207/2009). That provision therefore precludes those signs or indications from being reserved to a single undertaking on the basis of their registration as trade marks.

The Board of Appeal was right to hold that the sign applied for,”billiger-mietwagen.de”, is descriptive of the services concerned and that therefore its registration as a Union trade mark constitutes an absolute ground for refusal of registration under Article 7(1)(c) and opposes Regulation 207/2009.
The ECJ rejected  rejected the appeal of SilverTours GmbH and upheld the decision of the EUIPO Board of Appeal. In addition, the plaintiff had to bear the costs.

Today, in another prominent case, the European Court of Justice ruled on a domain name that was to be protected as a trademark: france.com cannot become a Union trademark, the ECJ ruled today.

In particular, the Court took into account the EUIPO’s considerations on the likelihood of confusion. It concluded that there is little visual similarity between the disputed signs in their general visual design.

In terms of sound, however, the court confirmed the EUIPO’s assessment, that the opposing signs are almost identical. It can be assumed that many consumers would refer to the sign France.com solely with the word “France”, said the ECJ today.

In addition, the disputed signs are also conceptually very similar, since they convey the same concept: France, the Eiffel Tower and the colours of the French flag.

The ECJ therefore considers that there is a likelihood of confusion and confirms France’s opposition to the registration of the Union trademark france.com .