Private notices about trade secret are regarded as breach

A betrayal of trade and company secrets also exists if a former employee only has private notes of his former activity. The acquired know-how may only be retrieved as a memory in the mind, the German Federal Court of Justice states in its ruling on trade secrets. 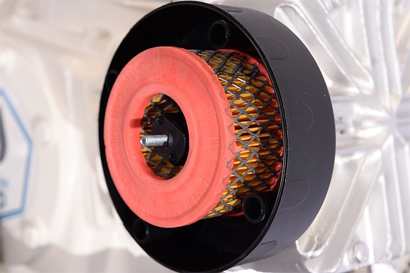 The German Federal Supreme Court (BGH) emphasized in its decision on trade secrets (I ZR 118 / 16) that employees are not allowed to take any information about the development of technologies made during a job to a new workplace in any way in writing. The acquired know-how may only be retrieved as a memory in the mind. As soon as an employee has written documents containing information on the trade secret of the former employer, he also obtains the trade secret without authorisation if his experience enables him to build up or use a technology protected as a trade secret without using documents.  For this is a violation within the meaning of § 17 UWG (German Law against Unfair Competition) and also applies if it concerns private records or a file stored on the private computer, the BGH ruled.

The applicant is part of the F. -Medical-Care group, the former employee is a chemist and was employed by the applicant’s legal predecessor from November 1990 to June 1993 as production manager for the ‘membrane production’ sector. In this context, he had access to technical drawings and data sets for the manufacture of nozzles and a spinning plant with nozzle heads. In his employment contract he was bound to secrecy, and the termination agreement of 1993, which terminated his employment, also contained an undertaking to maintain secrecy with regard to all business and company secrets. Since July 1993, the defendant has been working for a company also co-defendant, now as its managing director.

The BGH found that there was no realistic possibility that the defendant, after leaving the applicant’s company, would have been in a position to rework the detailed dimensions and arrangements of the spinning plant from its head. The arrangement and design of the spinning nozzles on the individual nozzle blocks represented the core technology of the entire plant. The nozzle block itself also belonged to the “key equipment”.

Obviousness or betrayal of secrets?

The defendants are not in a position to substantiate their claim that their spinning equipment is based on their own experience, corresponds to the state of the art or is obvious, the court explained. In the guiding principle of the verdict on the betrayal of secrets, the BGH emphasised that for protection as a trade secret it is important whether the relevant fact can only be found, made accessible and thus usable by the entrepreneur with a great deal of time or expense – even if it belongs to the state of the art. Even if the general state of the art is regularly known through publication, an obviousness of the underlying production methods cannot be assumed without further ado. An obviousness – which would exclude the secret character of a fact – only exists if the fact is generally known and also outside the production plant in which the trade secret exists.

The judgment of BGH contradicts the German court of appeal and the complainant has now been proved right. This case was therefore referred back to the Court of Appeal by the BGH for a new hearing and decision.

Would you also like to protect your product or product prozess?