Blockchain based evidence approved in China

The Chinese Hangzhou Internet court has admitted in a copyright dispute Blockchain based evidence. Blockchain technology has thus been recognized for the first time in China as evidence in civil law proceedings.

This judgement of June 2018 may have introduced a new form of evidence, in particular for online evidence of copyright infringement.

Copyright Dispute with Screenshot as Evidence 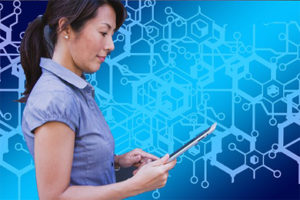 The underlying copyright dispute between the plaintiff Hangzhou Media Company, known as Huatai, and the defendant Shenzhen Technology Company named Daotong concerned the unauthorized republication of an article originally published in a newspaper. The newspaper licensed the article for online publication to the complaining company Huatai. The website of the defendant Daotong published it without a license. As evidence of the alleged copyright infringement, the plaintiffs submitted screenshots of the article on the infringing website.

The case itself is not complicated, but the recognized online evidence is extraordinary. For the first time in a Chinese court a Blockchain booking was accepted as proof. The authenticity of the article was demonstrated by a third-party evidence platform called Baoquan.com, which uses blockchain technology. Until now, the authenticity of evidence usually had to be proven via a notary’s office. But since a blockchain is considered as not or only very difficult to manipulate, the Hangzhou Internet court allowed this proof. The court checked the encryption hash values stored on both block chains. Screenshots, source code and call log of the controversial article were stored in the encryption hash. In detail, the court found that they were numerically identical and their respective timestamps were time-related to the time the website content was collected.

Since August 2017, China has set up its own court for all online proceedings. This was the Chinese government’s response to the significant increase in such cases of product piracy and copyright infringement in general online trade. The so-called Netcourt (Hangzhou Internet Court) in Hangzhou not only has a net-affine name, but also offers a comprehensive online service for the application of any cases. (More information in: Cyber Security Law and Internet Court in China – and Privacy?)

Blockchain technology in many ranges of industrie

The procedure of the Internet court is so remarkable because the Blockchain technology is used in the last years already in many ranges, which go far beyond the much discussed Kryptowährungen such as Bitcoin. In the entire financial sector, but also in other areas such as the pharmaceutical industry with decentralized research results and IT with the already decentralized structures Internet and Cloud, the blockchain is interesting and is already being used in part. Blockchain technology is not only used to control decentralized networks, but also other generally digital content such as research results, art, music, texts or photos. For example, Microsoft also uses blockchain technology and has launched the “Project Bletchley” in the Azure Cloud.

There is a plausible reason for the fact that it is a Chinese court that allows for evidence based on Blockchain technology. According to a report in the Financial Times in 2017, China filed the most patents in the Blockchain area -225 out of 400, followed by the USA and Australia.