Advertising with Olympia allowed in DE

Is advertising with Olympia permissible if Olympic rings or compound words such as “Olympic” or “Olympic suspect” are used? The Federal Supreme Court ruled on the interpretation of the German Olympic Protection Act and strengthened trade with its ruling. 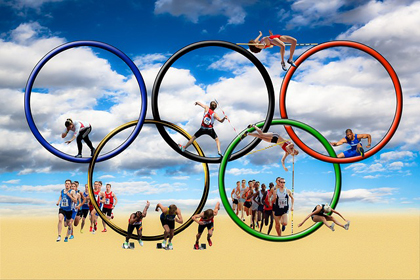 The Federal Supreme Court (BGH) has ruled that the use of word creations like “olympia suspect” and “olympia ready” in business transactions for the advertising of sports textiles as such does not violate the German Olympic Protection Act. The focus was on a textile wholesaler who advertised its own website for sportswear with the attributes like “ready for the Olympic Games”.

The Deutsche Olympische Sportbund e.V. (German Olympic Sports Association) brought an action against this and saw a violation of the Olympic Protection Act (Olympia-Schutzgesetz – OlympSchG), which protects the Olympic designations against certain uses by third parties.

(1) The object of this law is the protection of the Olympic emblem and the Olympic signs and words.

(3) The Olympic designations are the words “Olympiad”, “Olympia”, “Olympic” (in German: Olympiade, Olympia, olympisch), all these words alone or in combination and the corresponding words or phrases in another language.

However, that is not the case with advertising using a term such as ‘ready for the Olympic Games’. Such Words and word combinations are used product-related as synonyms for an exceptionally good performance. However, a close link to the Olympic Games is not automatically established as a result. Rather, there is no sufficient figurative reference to the Olympic Games, which points to a lack of unfairness. Therefore, in that case, use of the Olympic designations as an indication of the characteristics or qualities of goods, services or persons is permitted.

The Olympic Protection Act is not an unconstitutional individual case law, the BGH clarified. Prohibition could only be nessessary if the reputation of the Olympic Games or the Olympic movement is transferred to another good or service through advertising – through specific circumstances.

However, the use of advertising statements like “Olympic prizes” and “Olympic discount” as such does not constitute an unfair exploitation of the appreciation of the Olympic Games or the Olympic movement.

Decision of the OLG Stuttgart on Olympic rings

The judgement of the BGH continues the case law which the OLG Stuttgart defined in February 2018 by a ruling on the guiding principles of the Olympic Protection Act ( 2 U 109/17 ).

Shortly before the opening of the Olympic Summer Games in Rio de Janeiro on 05.08.2016, the defendant German retailer LIDL published a representation of a glowing grill grate with meat and burgers. Of the five Patties of different size three were above and two below arranged, which touch at three places or overlap easily. On the photo was the slogan “Love is when we cheer for Olympia”. #summer love.” Food was advertised with this image.

Also in this LIDL advertising case the OLG court in Stuttgart permitted the use of the olympic rings and made the following lead decision:

An advertisement for grill products with an illustration, on which four hamburgers and a salmon burger (so-called “grill patties”) are arranged on a grill after kind of the Olympic rings, does not offend against § 3 exp. 1 sentence 1 OlympSchG, because not the olympic emblem itself is used, but by the advertisement only on this is alluded.
There is also no infringement of § 3 (1) sentence 2 OlympSchG, since the advertising neither creates the danger of confusion nor takes unfair advantage of the appreciation of the Olympic Games and the Olympic movement (so-called image transfer). It is limited in a permissible manner to evoking associations with the Olympic Games and thereby attracting attention.
In particular, the OLG Stuttgart ruled that the impression does not arise that LIDL belongs to the circle of official sponsors of the Olympic Games.

Do you help in German IP rights?

Our lawyers are experienced in trademark and patent law, copyright and product piracy, national and international law.

BGH judgement “Advertising with Olympia in Germany” I ZR 225/17