Before the European Court of Justice, the German association for car spare parts failed with its claim for free access to replacement databases. The ruling strengthens the position of car manufacturers – for the time being, there will still be no cheaper spare parts based on repair and maintenance information for the car. 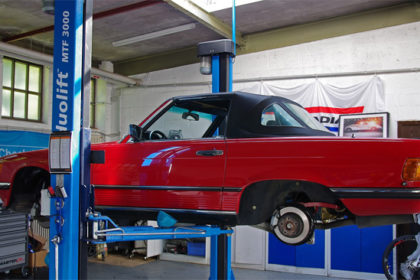 The European Court of Justice (ECJ) had to interpret Art. 6 para. 1 sentence 1 of Regulation No. 715/2007 and the question whether this regulation obliges car manufacturers to grant independent market participants such as independent garages and dealers access to a car spare parts database.
The ECJ answered this question in the negative (EU:C:2019:762). Car manufacturers are not obliged to provide such information in electronic form. Such an obligation does not derive either from the above-mentioned Regulation or from the OASIS format of that provision.

The Gesamtverband der Autoteile-Handel e.V. (Association of the Automotive Parts Trade), which is suing against the KIA, argued in court that the EU Regulation (EU) 2018/858 would come into force from September 1, 2020, which provides for precisely such an obligation for automobile manufacturers. According to the new EU regulation, car manufacturers must make all information required for the maintenance of a vehicle available to free market participants online. But the ECJ rejected this argument. It is currently being judged on the basis of the existing Directive, and such an obligation cannot be considered as already contained in Regulation 715/2007.

The main proceedings: KIA offered its own online information channel

In the German main proceedings, the car manufacturer KIA had opened up a further information channel for the sale of original spare parts by involving an information service provider in favour of authorised dealers and repairers. KIA made the original parts catalogue available to the information service provider LexCom. With the help of the vehicle identification number on its Internet portal “Partslink24”, independent repairers could search for original KIA spare parts.

For this reason, a second part of the complaint was heard before the European Court of Justice, in which the court had to assess the extent to which the prohibition of discrimination provided for in Directive EU Regulation No. 715/2007 applies to this case. But also in this question the ECJ rejected the arguments of the association Autoteile-Handel e. V.. The association did not claim that the information provided by KIA was more complete or of better quality than that which any independent market participant could access via the KIA Internet portal anyway, the ECJ ruled. However, discrimination within the meaning of the EU regulation only existed if the information in question was provided to independent market participants on the one hand and to authorised dealers and repairers on the other. However, since every market participant was granted access to vehicle repair and maintenance information by the KIA, there was no discrimination.

Do you need any support against competitors?