No compulsory license for cholesterol-lowering drugs

The German Federal Supreme Court has confirmed the decision of the BPatG not to grant a provisional compulsory licence for a patent for cholesterol-lowering drugs. There is no public interest in the granting of a compulsory licence, since there are equivalent medicines. 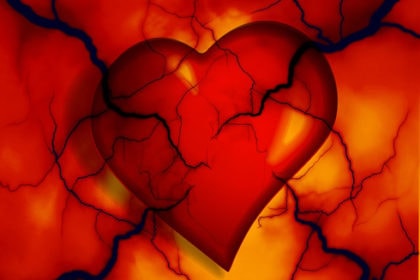 No compulsory licence for equivalent medicines

In addition, the Federal Supreme Court ruled in accordance with the BPatG judgment that the applicants had not made sufficient efforts within a reasonable period of time before filing the compulsory license action to obtain a patent usage permit from the respondent.

Both courts made it clear that the applicants should have started their efforts to obtain a usage permit earlier. It is indeed a question of individual case assessment which efforts are necessary under Sec. 24 (1) No. 1 Patent Law and over which period they must extend. However, the applicants had offered only late and only a very low licence rate. In its reply, the respondent had not in principle refused to grant a licence, but the applicants had not reacted until the decision of the patent court.

Compulsory license in the German jurisdiction

In its decision of 11 July 2017, the Federal Supreme Court confirmed the decision of the Federal Patent Court, which for the first time in the history of the Federal Republic of Germany granted a compulsory patent license in summary proceedings (we reported: Compulsory licence: BPatG grants licence to use AIDS drug). The compulsory license permits the provisional manufacture and sale of the antiretroviral HIV/AIDS drug Isentress with the active ingredient Raltegravir, which has been marketed in Germany since 2007. With this ruling, the BGH placed a very high value on public interest and public health care.

In its “Isentress” judgment, the BGH clarified that the licence seeker must have tried over a certain period of time in an appropriate manner to reach an agreement with the patent holder on the granting of a licence. The BGH ruled that only conditions for the granting of licences can be demanded which a reasonable and economically acting third party would be prepared to bear in its place.

The current Praluent judgment follows this case law and adds an important aspect to it. The BGH clarified that no compulsory license is granted if equivalent drugs are available for the treatment. In addition, it became clear that clinical studies to prove the improvement for the patients must show statistically reliable results.

Do you have any questions about licensing or compulsory licensing?

Our attorneys have many years of experience in the pharmaceutical field and are authorized to represent you before any court in Germany as well as internationally.
Please feel free to contact us if you are interested.

The judgment has not yet been published.