Application for permission to patent use rejected

The Federal Patent Court rejected an application for permission to patent use for a cholesterol-lowering drug. The judgement was expected from a field of tension that is always present in the pharmaceutical market: Monopoly right of the patent owner and public interest in health care. 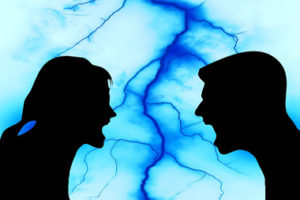 Linked to this decision is a claim for a compulsory license on the European patent 2 215 124 (DE 60 2008 042 526) of a US pharmaceutical company. This patent relates to a drug for the treatment of hypercholesterolemia with the active ingredient alirocumab, a monoclonal antibody marketed in the Federal Republic of Germany (BPatG) under the trade name Praluent®.

The plaintiffs in the compulsory license action before the Federal Patent Court are the pharmaceutical manufacturers of Praluent®, various companies of a French pharmaceutical group. The patent owner, on the other hand, sees the distribution of Praluent® as a patent infringement and has brought an action for injunctive relief before the Düsseldorf Regional Court (Case No. 4c O 39/16). The plaintiffs then brought an action before the Federal Patent Court pursuant to § 24 and 81 of the German Patent Act in order to obtain a compulsory license for the disputed patent which would enable them to patent use for their drug in Germany.

Compulsory licences are normally only considered if the licence seeker has previously unsuccessfully endeavoured to obtain a licence on reasonable commercial terms and if there is a public interest in the grant of the compulsory licence (§ 24 German Patent Act).

In addition, the French manufacturers of the drug filed a request to temporarily allow them to use the protected patent. This was done within a short period of time. In a letter dated 20 June 2018, the applicants had made the respondent a brief offer to conclude a licence agreement. Just over three weeks later, they filed the compulsory license action and the application for provisional permission to use with the Federal Patent Court in a pleading dated 12 July 2018. The US patent proprietor opposed this.

In such questions, two aspects are always decisive: has the licence seeker unsuccessfully tried to obtain a licence from the patent holder, but also made sufficient efforts? And did the patent holder offer a license on reasonable terms, also with regard to general health care?

No patent use permission because of equivalent medicines

In the current Praluent® case, the Federal Patent Court emphasized that the public interest does not exist precisely when patients have access to essentially equivalent drugs. The applicants had not been able to sufficiently demonstrate and substantiate that other preparations on the market – such as the drug Repatha® of the US patent holder – do not possess the therapeutic properties of Praluent® or do not possess them to the same extent. Therefore, a public interest in a compulsory license and a license to use Praluent® had not been established, according to the German judgment.

To seek permission to use within a reasonable period of time

In addition, the applicants had not made sufficient efforts within a reasonable period of time before filing the compulsory license action to obtain a patent usage permit from the respondent. The court clarified that the applicants should have started their efforts to obtain a usage permit earlier. The infringement proceedings, which had been suspended in the meantime, had already been resumed before the Düsseldorf Regional Court in December 2017 with a view to further clarifying the validity of the plaintiff’s patent. A study to demonstrate the public interest in a compulsory license had also been available since March 2018.

The decision is not yet legally binding. And also the main action (3 Li 1/18) is still pending. As always, it is important to take into account the specific circumstances of the individual case, which the Federal Patent Court included in the decision in this case. Therefore, the legal situation and the special circumstances of each case should also be carefully examined in the future.