While patent law explicitly distinguishes between products for medical and non-medical purposes, the medical purpose is not decisive for a medical devices in trademark law: likelihood of confusion between Floramed and Medilflor. 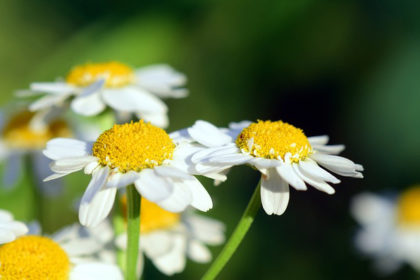 The Court of Justice of the European Union (CJEU) ruled on Wednesday in Floramed vs. Mediflor (EU:T:2019:794) that goods are identical and highly similar, although non-medical products have been compared with medical products. Patent law, on the other hand, makes an explicit and consequential distinction between these two groups of products.

The Union figurative mark Floramed was registered by Manfred Scheffler (Germany) as a Union figurative mark and was taken over by his legal successor and plaintiff Stefan Werner (Germany). The intervener, Merck KGaA (Germany), filed an opposition against the registration of the trade mark and claimed that there was a likelihood of confusion with its own earlier Union wordmark Mediflor.

The Opposition Division and also the Board of Appeal of the EUIPO (17 September 2018 (‘the contested decision’)) had identified a likelihood of confusion between the marks at issue within the meaning of Article 8(1)(b) of Regulation 2017/1001. There is a likelihood of confusion for all the goods in question because the marks at issue consist of two almost identical elements, namely “med” or “medi” on the one hand and “flora” or “flor” on the other.

Relevant Public with an increased degree of attention

It was undisputed in this case that the specialist public should be classified with an increased degree of attention. It follows, as a general rule, that there is a likelihood of confusion between the marks and the goods covered even if the similarity is less pronounced. The global assessment of the likelihood of confusion implies some interdependence between the relevant factors, as the CJEU pointed out.

The European Court also identified other relevant factors. Non-medical products, like medical products in general, are manufactured by the same pharmaceutical companies and distributed through the same channels, in particular pharmacies, and are often aimed at the same consumers, the CJEU stated. And both products should maintain or improve their health.

The CJEU ruled that the plaintiff could not call these common features into question on the grounds that products for medical purposes differed from products for non-medical purposes because only the former served to treat or cure a disease. Such reasoning is based on an overly narrow understanding of medical purposes, which, according to the description of “medical devices” in Class 5, includes “detection, prevention, monitoring, treatment and alleviation of disease, injury or disability”.

In this context, you would also like to read: Exhaustion of trademark rights – for medical devices?

Patent law makes an explicit and detailed distinction between products for medical purposes and medical devices. A supplementary protection certificate (SPC) can only protect a product that is used as a medicinal product, but not a medical device (please read: SPC not permitted for medical devices). This applies even if a component of the medical device complies with pharmaceutical standards, the CJEU ruled in November 2018.

In its recent ruling on Floramed, the CJEU confirmed a similarity between the marks in dispute. The components “med” and “medi” are descriptive for all goods in question and therefore played only a minor role in the comparison of the signs, the CJEU ruled. Also “flora” is purely descriptive, both for the plant world and for the intestinal flora. Therefore, it cannot be argued that “flora” is an imaginary term or has distinctive character.

Reverse order of the word elements without influence

In addition, the two marks in dispute, Floramed vs. Medilflor, have a reverse order of almost identical verbal elements. In the similar case Pink Lady vs. Wild Pink, the CJEU found a likelihood of confusion in 2018. The mere reversal of these elements in the conflicting signs has only a minor influence on the comparison between them, the CJEU also ruled in the present case Floramed. The relevant public cannot remain unaware that these main word elements, of which the signs consist in reverse order, are almost identical, all the more so as the degree of attention of the specialist public is increased.

The CJEU therefore confirmed the decision of the Board of Appeal and the likelihood of confusion between the two marks and dismissed the action.

Are you looking for advice on trademark law, patent protection or SPC?

Then take advantage of our offer for a recall appointment!

Our patent and law firm has many years of expertise in the protection of patents, particularly in the field of pharmaceuticals and medical devices, both nationally and internationally.