The earlier trademark PINK LADY wins the fruit trademark dispute. In its judgment yesterday, the European Court annulled the previous EUIPO decision granting the EU wordmark WILD PINK for goods such as fruit and fruit essences.

Opposition by the proprietor of the earlier trade mark 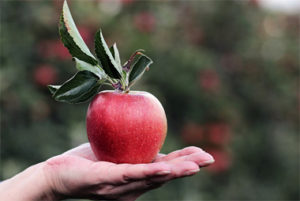 Meaning of the word element Pink

Accordingly, the European Court (CJEU) considered in detail the meaning and dominance of the word element pink in the two disputed marks. It is by no means a known fact that apples are not pink, the Court found. The plaintiffs Apple and Pear Australia Limited and Star Fruits Diffusion had submitted this as an argument. However, as the EUIPO had correctly stated, the broad specification “fruits” included apples and other fruits which may be pink, such as raspberries, strawberries, cherries and pomegranates. It follows that the word “Pink” must be regarded as descriptive of such goods.

The dominance of the word pink, however, was judged differently by the CJEU than by the EUIPO. In the present case, although the word “Pink” plays a secondary role to the word “Lady”, the accompanying words “Lady” and “Wild” in the respective marks cannot be regarded as capable of dominating those marks alone. In the light of all the foregoing considerations, it must said that the word element “Pink” does not play a negligible role in the disputed marks and cannot therefore be disregarded. A descriptive element of a mark is not necessarily negligible in the overall impression produced by it.

It follows that the Board of Appeal was wrong to hold that the signs at issue were visually, phonetically and conceptually dissimilar. The CJEU therefore annulled the decision of the Board of Appeal of the European Union Intellectual Property Office (EUIPO) of 10 January 2017 (Case R 87/2015-4) and acknowledged the opposition of the proprietor of the earlier mark.