A groundbreaking ruling on equivalents has significantly changed the law of patent infringement in the UK: The United Kingdom Supreme Court (UKSC) published its judgment in the case of Actavis UK Limited and others v Eli Lilly and Company ([2017] UKSC 48) in July. The UKSC confirmed Lilly’s appeal and ruled Actavis‘ products directly infringe Lilly’s patent.

It is a long-running judgement and it has international effects, for Actavis sought a declaration in respect of the UK, French, Spanish and Italian designations of Lilly’s patent. The competence of the English courts to grant such declarations with regard to the foreign designations had been confirmed earlier in court. The case reviews fundamental aspects of patent law as applied in the UK and Europe including equivalents to the patented technical solutions.

Fundamental aspects of patent law with regard to equivalents 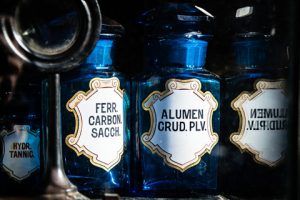 in place of pemetrexed disodium.

Contradictory judgements on the case before German courts

As early as 2014, the Düsseldorf Regional Court ruled that Lilly’s patents were infringed by Actavis. However, this judgment was revised before the Higher Regional Court of Düsseldorf in 2015 and saw no patent infringement against Lilly’s patent. In the final judgment of the BGH on this case (BGH, judgment of 14.06.2016, X ZR 29/15 – Pemetrexed), however, a decision was made on patent infringement by Actavis and the decision of the Higher Regional Court of Düsseldorf was revised. The fact that the claim is directed towards a specific antifolate, namely pemetrexed sodium, is not a selection decision vis-à-vis other antifolates not expressly mentioned in the patent. If, for reasons of clarity or to avoid an inadmissible extension, the patent proprietor confines himself to a certain substance, then this cannot constitute a selection decision in comparison with another form of design, according to the Federal Supreme Court. Actavis had removed the German patent from the UK case due to the German trial.

High Court decision resulted in appeal of both parties

The Supreme Court referred to well-known cases like Kirin-Amgen Inkl v Hoechst Marion Roussel Ltd [2005] RPC 9. In this case it was decided that infringement must be seen within the scope of the meaning of the claim. If it was established that the language of the claim would be understood by a person skilled in the art did not extend to cover the alleged equivalent, this is not infringement. Now the UKSC has stated that the problem of infringement is best approached by addressing the following two issues, adressing through the eyes of a person skilled in the art: 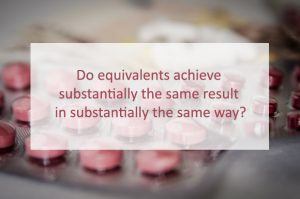 The published reasons for the decision by the UKSC assist in understanding the Court’s decision. The thinking here is based on a fundamental idea:  according to normal principles of interpretation the Actavis products do not infringe the Patent. But in the end, the equivalents of Actavis achieve substantially the same result in substantially the same way as Lilly’s medicament. Thus Actavis products directly infringe the Patent.

Moreover it is very unlikely that a person skilled in the art would have presumed that the patentee could have intended to exclude any pemetrexed salts other than pemetrexed disodium from the scope of protection. The decision also makes it clear that assessing the scope of protection of a patent is a two stage process: first work out what the patent claim means; and then consider whether any variant infringes by equivalence.

You wonder how to achieve patent protection for an invention?

Our patent attorneys are experienced in trademark and patent law, some of them are specialized in Chemistry and Biology. Take your chance and agree on a joint telephone call. You can request a call-back without any obligations at: