What rules apply to a product which is protected in an old EU Member State but which is placed on the market in a new EU Member State without patent protection there? And what if they are not patentable in that Member State? The European Court of Justice today ruled on the conflict between patent law, parallel imports and the free movement of goods – especially in newer EU member states.

Pfizer Ireland Pharmaceuticals is the plaintiff in the original proceedings concerning the drug Enbrel®. The conflict between Pfizer Pharmaceuticals and the defendant Danish parallel importer Orifram escalated when Orifarm began parallel imports of the drug Enbrel® from Eastern European newer EU member states – which at that time was protected by an extension of the term of Pfizer’s patent.

Pfizer’s patent had been extended by a paediatric extension of the SPC. A Supplementary Protection Certificates (SPC) extends patent protection for a certain period of time after expiry of the patent. Products belonging to fields like medicines, veterinary or plant that require authorisation before being placed on the market may qualify.The paediatric extension is mentioned in Article 13 (“Duration of the certificate”), paragraph 3 of Regulation No 469/2009 on the SPC. Pfizer Pharmaceuticals was granted the SPC for the Federal Republic of Germany on the basis of a European basic patent filed in 1990. 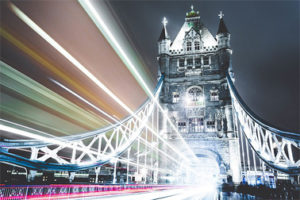 In 2015, this dispute came before the Düsseldorf Regional Court. In the procedure, Orifarm referred to the free movement of goods within the European Union and the principle of Community-wide exhaustion. Accordingly, exclusive rights attached to a patent or a SPC cannot be invoked if the products protected by that patent have been lawfully placed on the market in another Member State (by the patent holder himself or with his consent). This even applies if the products are imported from a Member State where they are not patentable.

Pfizer Pharmaceuticals defended itself against this by referring to the so-called “special mechanism”.

Holders of a patent or a Supplementary Protection Certificates (SPC) can thus invoke the right to oppose the import of drugs and medicines from the newer EU Member States. For if in the newer EU member states a corresponding patent protection for pharmaceutical products was not available at the time of the application for the patent or the SPC, this contractual clause “special mechanism” provides for an exception to the free movement of goods in the Act of Accession. However, this right is generally interpreted very narrowly. Nevertheless, it is here. In August 1990, none of the 13 new Member States that joined the EU in 2004, 2007 and 2012 had corresponding regulations for the protection of drugs or certain therapeutic indications.

Croatia, for example, did not join the Union until 2013, but it is also subject to its former legislation. If one candidate country were treated differently from the others, parallel imports by that country could become the norm, creating a gap in the European Union’s patent protection.

With its ruling, the ECJ follows the preliminary ruling by the Advocate General of February 2018 – we reported (Info Blog: Pfizer Pharmaceuticals victorious: Advocate General of the ECJ confirms exemption from the free movement of goods). In particular, the ECJ also commented on the economic argument put forward by the defendants in the main proceedings: parallel imports are desirable under Union law in the sense of price reduction, but this does not change the interpretation of the Special Mechanisms, since they were created to balance the free movement of goods and effective protection for basic patents. Thus, important questions on patent law in the EU were assessed: Limits to the free movement of goods, the rights of a patent holder and the control of parallel imports and marketing in the EU, in particular of drugs and medicines.