Does the exeption to the free movement of goods also apply to new EU Member States? The Advocate General of the European Court of Justice ruled last week in the conflict over the import of the medicinal product Enbrel® from Pfizer Pharmaceuticals. However, important questions on patent law in the EU were also assessed: Parallel imports and patent law in new EU Member States.

After all, it was basically also a matter of the spicy question of what rules apply to a product that is protected in an old EU Member State, but that is put on the market in a new EU Member State without being protected by the patentee. This applies even more in light of marketing of drugs. 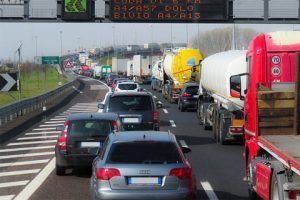 The plaintiff in the original proceedings for Enbrel® and its protein Etanercept is Pfizer Ireland Pharmaceuticals. Enbrel® is a successful drug for the treatment of adult and pediatric arthritis and is marketed by Pfizer Pharmaceuticals in Germany and many other countries. The Irish pharmaceutical company holds the patent rights to the drug and was registered as holder of Supplementary Protection Certificates (SPC) for the Etanercept protein. An SPC extends patent protection for a certain period of time after expiry of the patent. Pfizer Pharmaceuticals was granted the SPC for the Federal Republic of Germany on the basis of a basic European patent applied for in 1990.

Orifarm GmbH, the defendant in the original proceedings, is a company of the Danish Orifarm Group, which as a parallel importer placed medicines on the market from countries with lower price levels, including Germany.

The conflict between Pfizer Pharmaceuticals and Orifram starts at the time when Orifarm started importing Enbrel® from the newer Eastern European EU member states. Pfizer was granted a paediatric extension of the SPC (according to Regulation No. 1901/2006), specifically for the treatment of children.

In 2015, this dispute came before the Düsseldorf Regional Court. In the case, Orifam pointed out that it had legally acquired Enbrel® in the new Member States concerned. The Danish parallel importer cited the free movement of goods within the European Union and raised the objection of exhaustion. Pfizer Pharmaceuticals resisted this by referring to the term “special mechanism”. This contractual clause in the Act of Accession of the newer EU Member States provides that, under certain conditions, holders of a patent or a SPC could invoke the right to oppose the importation of medicinal products from the new Member States concerned.

“According to the principle of Community exhaustion, the exclusive rights conferred by a patent or a SPC cannot be invoked if the products protected by that patent have been lawfully placed on the market in another Member State by the proprietor of the patent or with his consent, even if the products are imported from a Member State in which they are not patentable. “(Decision of 12 February 2015, Merck Canada and Merck Sharp & Dohme (C-539/13, EU: C: 2015:87))

Precisely because the contract item “special mechanism” is a powerful tool in patent disputes, this right is usually interpreted very narrowly. For if adequate patent protection for pharmaceutical products was not available in the newer EU Member States at the time of the application for a patent or a SPC, the Act of Accession provides for an exemption from the free movement of goods. This is the case here, because in August 1990, none of the 13 new Member States that joined the EU in 2004,2007 and 2012 had rules on the protection of medicinal products or certain therapeutic indications in place.

Opinion of the Advocate General

The Düsseldorf Regional Court asked the European Court of Justice for its ruling on this decision, which is important for the EU as a whole.

And the Advocate General ruled so in his Opinion on the four detailed questions submitted by the Düsseldorf Regional Court last week:

Question: Can Pfizer Pharmaceuticals rely on the ESC for the exemption from the free movement of goods?

Advocate General’s answer: Yes.
At the time when it applied for the SPC in Germany – i. e. on 26 June 2003 – there were already regulations in all the relevant accession countries, with the exception of Croatia, for obtaining an ESC. However, it is not the existence of a SPC in principle that is at issue, but the question of whether exactly the SPC relating to Enbrel could be obtained in the accession countries. This, in turn, was not the case because none of these states had the basic patent on which it was based.

Here, however, the Advocate General once again places a clear restriction: If the holder of the German patent at the time of the SPC grant simply did not bother to seek patent protection in the new accession countries, even though this protection would have been available, the Special Mechanism cannot be invoked. Because then it would be a deliberate decision of the German patent holder to renounce a basic patent in the accession countries.

Advocate General’s answer: Yes and no, legal provisions introduced later are not sufficient.
This is because the decisive date cannot be after the date on which the German patent application is published, since, due to the lack of novelty, a patent application would no longer be successful from this date, even in an accession country.

Advocate General’s answer: Yes.
The accessory nature of the paediatric extension would be confirmed by its naming in Article 13 (“Duration of the certificate”) paragraph 3 of Regulation No 469/2009 on the SPC, explains the Advocate General.

Question: Does the pediatric extension of the ESC also apply in Croatia?
In Croatia, the Special Mechanism came into force after the entry into force of ESC Regulation No. 1901/2006. Croatia joined the Union only in 2013, unlike the other Member States that joined before January 2007 (Czech Republic, Estonia, Latvia, Lithuania, Hungary, Poland, Slovenia, Slovakia, Bulgaria and Romania).

Advocate General’s answer: Yes, no difference is made for Croatia.
For if one new EU Member State were treated differently from the others, parallel imports could be guided by that country; this would create a gap in the European Union’s patent protection, which would ultimately wipe out the protection created by the Special Mechanism of the other acts of accession, says the Advocate General of the ECJ.