VW successful before the European Court in design protection

The car manufacturer VW AG was successful before the European Court in obtaining VW design protection for three of its car models. Toy manufacturer Rietze had unsuccessfully filed an application for invalidity of the VW Community designs.

As in the comparable proceedings Porsche versus Autotec concerning the Porsche 911 last week, the proceedings before the European Court (CFI, Court of First Instance) Rietze versus VW (EU:T:2019:378, EU:T:2019:376, EU:T:2019:379 ) dealt with the question whether the older designs of the car models prevent a newer design protection from being granted for the existing car models. Toy manufacturer Rietze had applied for the annulment of three Community designs of the car manufacturer VW AG. The contested designs are not new within the meaning of Article 5 of Regulation No 6/2002 and have no individual character within the meaning of Article 6 of that regulation.

Older VW designs are too similar to the newer ones? 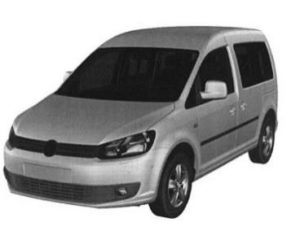 Concretely these proceedings were about the models VW Caddy Maxi, VW Bus T 5 and VW Caddy. In the applications for annulment, the applicant Rietze referred to two earlier designs of VW AG, the predecessor model of the VW Caddy Maxi, the VW Caddy (2K) Life, and the VW Bus T 4 GP, also the predecessor model of the challenged model VW Bus T 5. The Board of Appeal of the EUIPO had dismissed the applications for annulment in all three cases.

The European Court (CFI) rejected this. The Board of Appeal analysed the contested designs on the basis of their fronts, sides and backs, individually and in combination, and by no means confined itself to a mere list of the differences between the conflicting designs. Moreover, according to the settled case-law of the Court of Justice, no weighting of characteristics is necessary.

The Court also rejected the argument that the Board of Appeal had to take account of technicality. Even if they have a technical function, the present characteristics are not purely functional, the CFI held. On the contrary, their appearance may be altered so that any differences in their shape and arrangement may affect the overall impression.

An “informed visitor” is aware of model care

The CFI also referred – as in the case of Porsche versus Autotec – to the informed user and his attention to the car models. The informed user of motor vehicles is a person who is interested in such vehicles, drives and uses them and is familiar with the models available on the market, the CFI explained in detail. It is aware that manufacturers regularly modernise models which are well established on the market, both technically and in terms of appearance. An informed user is aware that this “model updating” serves to implement certain fashion trends without, however, completely abandoning the characteristic appearance features of the respective vehicle model.

The Board of Appeal therefore found that the informed user was aware of the existing differences between the earlier and more recent designs. In particular, the user observes that the different shape and arrangement of the front headlamps gives the vehicle a different appearance, which affects the overall impression, the Board of Appeal having given reasons for its decision.

By its judgment, the CFI confirmed the contested decision of the Board of Appeal and thus rejected the application for invalidity of the three Community designs of VW AG. The VW design protection for the VW models VW Caddy Maxi, VW Bus T 5 and VW Caddy remains unchanged.

Would you also like to protect your design or brand?