Proof of disclosure of the prior design

In the proceedings for invalidity of the earlier EU design “Cabinet”, the European Court explained the requirements for proof of disclosure of the earlier design. Evidence must objectively prove that and also when the prior design was made public. And this is not clear for catalogue pages.

Background to the case

Specifically, those proceedings concerned the application for a Community design filed by the intervener, Fabryki Mebli ‘Forte’ S.A. (Poland), which represents an item of furniture, a white cabinet. The applicant, Bog-Fran sp. z o.o. sp.k (Poland), filed an application for a declaration of invalidity against the registration of that Community design.

The Cancellation Division granted this application in December 2017 on the ground that the contested design did not have the required individual character (under Article 6 of Regulation No 6/2002). The intervener appealed against that decision and challenged the legality of the invalidity declaration. That appeal was successful and in January 2019 the Board of Appeal annulled the decision of the Cancellation Division on the ground that the earlier design had not been made available to the public pursuant to Article 7(1) of Regulation No 6/2002.

Disclosure of the earlier design: review before the CJEU

Yesterday before the CJEU it was therefore examined whether the applicant’s earlier design had been correctly made available to the public. Relevant in this context were the documents submitted by the applicant for the required proof of disclosure and also the correct period for this proof. This is because the disclosure of the prior design must have taken place before the filing date or priority date of the contested design and, moreover, not within the 12-month period prior to the filing date of the contested design.

Proof of disclosure of the prior design

However, the submitted evidence of disclosure of the earlier design was disputed. The applicant had submitted three invoices dated 2008 as well as catalogue pages from a 2008 catalogue. However, only one of the invoices referred to the product code of the piece of furniture in which the earlier design was used. That invoice was addressed to a wholesaler of the applicant.

The intervener argued, that this was not sufficient proof of disclosure, particularly in the course of trade.

The Court rejected that objection. The Board of Appeal was essentially correct in finding that the sales invoice proved that the earlier design had been used in the course of trade within the meaning of Article 7(1) of Regulation No 6/2002, the CJEU held. Doubts of the EUIPO as to the independence of the appellant with regard to the actual payment obligation of the invoice recipient (since it was a wholesaler of the appellant) were not founded, the Court ruled. 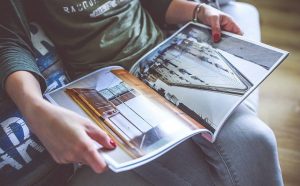 The Court stressed that only solid and objective evidence of the actual disclosure of the earlier design would be regarded as necessary evidence, one such evidence being the invoice submitted.

However, the assessment of the second piece of evidence, catalogue pages from a 2008 catalogue, was less straightforward: the intervener had argued that a catalogue page did not objectively prove whether, and a fortiori when, that catalogue was delivered and actually made public. The CJEU conceded that this was indeed not objectively proven. The Board of Appeal was right to find that the applicant had not proved with certainty that that catalogue was published or distributed before the date of filing of the application for registration of the contested design.

However, the printing of 25 000 copies of a catalogue suggests, the Court stated, that that printing was carried out with a view to the distribution of that catalogue. The CJEU added that even if the catalogue extract submitted was not in itself sufficient as required evidence, it could nevertheless contribute to the proof of disclosure of the prior design.

Since, in the present case, the applicant has demonstrated the truthfulness of the events constituting the disclosure of the earlier design, the Board of Appeal should have assumed that the design had been made available, before examining, if necessary, the intervener’s argument that the events constituting the disclosure in question were not known to the specialist public in the sector concerned.

Instead, the Board of Appeal erred in its assessment of the evidence submitted, the CJEU found. The contested decision should therefore be annulled. However, the Court was unable to assess whether the disclosure events relied on by the applicant could not reasonably have been known to the circles specialised in the sector concerned, nor the individual character of the contested design, since the Board of Appeal had not taken a position on either of those matters.

Consequently, the CJEU rejected the applicant’s request for a declaration of invalidity of the contested design. Only the proven disclosure of the earlier design was confirmed by the judgment.

Do you also wish to protect or defend your design?

Our attorneys have many years of expertise in design and trademark law as well as in the entire field of intellectual property and are entitled to represent you before any court – in Germany and internationally.
Please contact us if you are interested.

Judgement of CJEU disclosure of the prior design, EU:T:2020:77