No copyright compensation on the design of the VW Beetle

The daughter and heiress of a VW designer receives no copyright compensation for the VW Beetle, the Braunschweig District Court ruled. What is remarkable about the judgment is that it applies the Copyright Act to works from the 1930’s, although the Copyright Act did not enter into force until 1966. 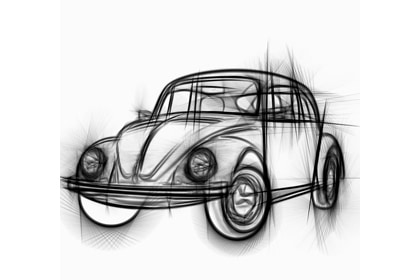 The District Court Braunschweig with its judgement of 19.06.2019 (Az. 9 O 3006/17) decided that the daughter of Erwin Komenda, the now deceased designer of the original former VW-Käfer, has no claim to compensation from the alleged use of her father’s design. The daughter and heiress of the designer had asserted a remuneration according to § 32a of the German Copyright Act  (UrhG) and brought an action against VW AG because – in her opinion – her father’s design creation is still continuing today in the VW Beetle. For reasons of statute of limitations, the plaintiff had last limited itself to the vehicles built from 2014 onwards.

In this case it was undisputed that Erwin Komenda had been working for Ferdinand Porsche’s design office since 1931. However, the defendant VW AG denied co-ownership of Komenda to VW design. According to VW, the original VW-Käfer from the 30’s is not protected by copyright, since its design was technically conditioned and numerous other designs had already anticipated the concept of the vehicle – including Tatra V570 and Mercedes Type 130.

On this question, the District Court examined two drawings from 1934 which, in the plaintiff’s opinion, originated from her father. The court denied the copyrightability of these drawings in accordance with the strict examination standards for applied art applicable at the time. The Court found that the applicant’s assertion that her father had also collaborated on the draft for the Ur-Käfer (KdF car) had not been proved.

UrhG is applied to works from the 30’s

Design of the VW Beetle after model from the 30’s?

In addition, the plaintiff asserted that the design of her father is still continued today in the VW Beetle. The District Court Braunschweig therefore examined whether the VW Beetle built from 2014 onwards constitutes an adaptation (§ 23 UrhG) or a free use (§ 24 UrhG) of the models originating from the 1930’s. However, the Court found that there were significant differences in design and that there was no agreement in the overall impression. The Braunschweig Regional Court therefore rejected the claim for copyright compensation against VW AG.

However, it is possible that this legal dispute may not yet have come to an end – an appeal may be lodged against the judgment.

Do you need advice to protect or defend your design?