Negative award Plagiarius 2020: The boldest counterfeit products of the year

Today, the Plagiarius 2020 negative award against product piracy was presented for the 44th time at the Frankfurt consumer goods fair Ambiente. 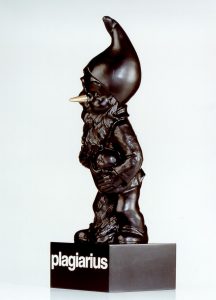 “Plagiarius” was awarded at the Frankfurt consumer goods fair “Ambiente”

The well-known Plagiarius negative award against product piracy and counterfeiting has been awarded since 1977. The trophy awarded for the most audacious imitation and product counterfeiting is a black dwarf with a golden nose. It is symbolic of the extremely large profits that product pirates skim off from the brazen imitations at the expense of innovative companies.

The aim of Aktion Plagiarius is to inform the public about the extent, damage and dangers of plagiarism and counterfeiting, and to do so in a very practical way and using concrete examples. The renowned consumer goods fair Ambiente, which takes place every year at the beginning of the year in Frankfurt am Main, provides an excellent stage for this.

Because, on the one hand, products that are relatively easy to copy in particular are often a model for product counterfeiting and, on the other hand, Ambiente is an internationally respected trade fair for trade visitors. Accordingly, efforts are made at Ambiente to place counterfeit products and to use trade visitors as multipliers for product piracy, so to speak.

More than 4600 exhibitors from 93 countries will be presenting their products at this year’s Ambiente in the Dining, Living and Giving sections. In the last year 2019, 136,000 trade visitors from 167 countries attended the fair. Products such as glass, porcelain, bags, fabrics and jewellery are on show, as well as decorations and gift ideas, right through to complete room concepts and catering concepts – a cross-sector product mix for modern lifestyle.

Today, the black dwarf with a golden nose -Plagiarius- was awarded for the 44th time during an international press conference at the Frankfurt consumer goods fair Ambiente. This year’s “winners” of the Plagiarius 2020 negative award show once again the audacity with which counterfeit products are offered on a large scale. 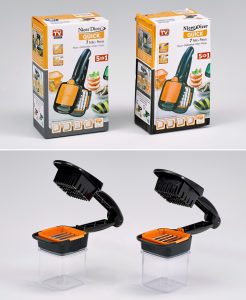 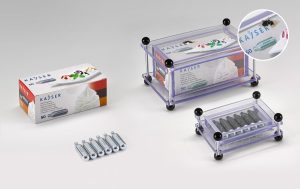 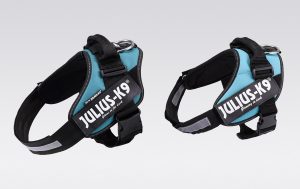 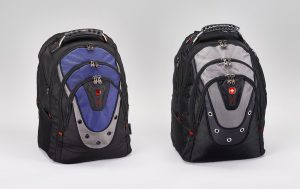 Increasing product piracy on the Internet

The increasing shift of product piracy on the Internet was also pointed out in the press release of the association Aktion Plagiarius e. V.
On well-known global eCommerce platforms not only original goods are demonstrably offered but also masses of illegal plagiarism and counterfeits. Providers are often third parties who change their (fake) identities as required and successfully hide themselves in the anonymity of the Internet.

Are you affected by counterfeit products?

… then you are welcome to contact us. For us, brand and product counterfeiting is no trivial offence! We fight for your good right – let us tackle it together.

In addition, we are happy to support exhibitors at trade fairs, directly by providing assistance at the trade fair or with comprehensive legal protection of trademarks and patents.

Note for all pictures: Originals are on the left sight, Counterfeits are on the right sight / all rights for the pictures: Aktion Plagiarius e.V.