Louboutin wins in Den Haag: no other pumps with red soles

The ruling of the Rechtbank Den Haag found that Louboutin’s trademark had been infringed by van Haaren. Van Haren must pay damages and destroy the entire stock of shoes with red soles. The dispute over Louboutins’ red shoe sole has been going on for years. Last year, the European Court of Justice ruled that the French trade mark could invoke the red soles ( Louboutin victorious in the dispute over the famous red sole ). The Den Haag Court has now followed this decision.

Background: Red shoe soles are trademarks – but not a trademark? 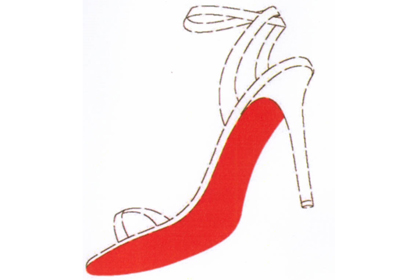 This is how the legal dispute against Europe’s largest shoe retailer Deichmann over the use of red shoe soles, which has been going on for years, came about. Van Haaren, a subsidiary of Deichmann, marketed a women’s shoe collection in 2012 called “5th Avenue – by Halle Berry”, which included black pumps with red soles. Louboutin was able to force a sales stop (we reported), but the dispute was not over.

Van Haren appealed against that judgment to the national court, the Rechtbank Den Haag (Court of First Instance, The Hague), relying on Article 2(1)(2) of the Benelux Agreement to the effect that the mark at issue was invalid. Van Haaren thus argued that the mark at issue was in fact a two-dimensional figurative mark, namely a red surface in the colour red (Pantone No 18.1663TP), which corresponds to the shape of the shoes and gives them an essential value.

The Dutch court, before which Louboutin brought an action against Van Haaren, asked the ECJ for a precise interpretation of the term “shape”.

ECJ ruled in 2018 in favour of Louboutins

In its judgment of 12 June 2018, the ECJ saw the shape as protection for the position of the colour. The mark does not refer to a specific shape of the sole of high-heeled shoes, but the shape is intended to protect the application of a colour to a specific part of that product, the ECJ ruled. A trade mark consisting of a colour applied to the sole of a shoe does not consist “exclusively of the shape” within the meaning of the Trade Mark Directive, the European Court clarifies. It does not follow from the usual meaning of the word “shape” that a colour per se may constitute a shape without spatial limitation (we reported: Louboutin victorious in the battle over the famous red sole).

Rechtbank Den Haag follows the interpretation of the ECJ

The Rechtbank Den Haag, which referred the question to the ECJ for a preliminary ruling, on Wednesday took up the ruling of the European Court of Justice and confirmed the ECJ’s interpretation in its final ruling in this case (NL:RBDHA:2019:930).

A sign consisting of a shape and a colour, in which the shape plays a role in the spatial delimitation of the colour, does not consist exclusively of the shape of the product. The addition of a colour to the shape mark therefore prevents the application of the ground for exclusion laid down in Article 2.1.2 of the Benelux Agreement.

Van Haren’s request for a supplementary preliminary ruling was also rejected by the Court in Den Haag. The interpretation of the European Court of Justice is clear, according to the Netherlands court.

Judgment of the Rechtsbank Den Haag

The judgment of the Rechtsbank Den Haag is the final judgment in this case if no appeal is lodged. The judgment is enforceable, but it is not yet final.