Invalidated design: basis for appeal of novelty or pecunarity? 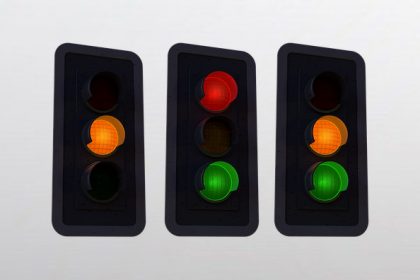 In March 2018, the intervener Sigmatron EOOD (Bulgaria) filed an application for invalidity against this registration. The intervener claimed, in particular, that the contested design was neither new nor includes pecunarity within the meaning of Articles 5 and 6 of EU Regulation No 6/2002. The claim was based on its own very similar and earlier Community design for signalling devices.

However, while the application for a declaration of invalidity was still being examined, the earlier design was declared invalid for lack of individual character/pecunarity in parallel proceedings (hereinafter “decision of 26 June 2018”). Only thereafter, in its decision of 19 March 2019, the Cancellation Division granted the application for invalidity of the contested later design on the ground that it lacked individual character/pecunarity within the meaning of Article 6(1)(b) of Regulation No 6/2002.

The appeal of the design applicant T i D kontrolni sistemi EOOD was dismissed by the Board of Appeal in April 2020 (Case R 956/2019-3, hereinafter: contested decision). The earlier and later Community designs did not produce a different overall impression – and the earlier design had been made available to the public within the meaning of Article 7(1) of Regulation No 6/2002, since registered designs are published.

The question was therefore whether an invalidated design could be relied upon to challenge the novelty or individual character of another design. Only recently, the CFI ruled in a case involving the expired design ‘Polo Player’ – expired within invalidity proceedings. In that case, the CFI ruled that an application for a declaration of invalidity of an EU trade mark based on Article 52(2) of Regulation 40/94 must be rejected if the conditions for prohibiting the use of that trade mark are no longer fulfilled at the time of the EUIPO’s decision on that application.

So how should this “signalling devices” case be assessed? Can a design that has been declared invalid serve as a basis for challenging the novelty or pecunarity of another design?

The European Court of Justice (Court of First Instance, CFI) answered in the affirmative. Neither Art. 5 and 6 of Regulation 6/2002 nor Art. 28(1)(b)(v) of Regulation 2245/2002 require registration of the design, the CFI held. Moreover, Article 6 of Regulation 6/2002 refers to “any design which has been made available to the public” without requiring such a design to be “registered”.

The appearance of a product as such is the decisive criterion for a design within the meaning of Regulation 6/2002 and not the legal form in which that appearance is protected, the CFI emphasised. Even a design that has since been declared invalid fulfils the definition and characteristics of a design within the meaning of Article 3(a) of Regulation 6/2002.

In the present case, it is in any case undisputed that the earlier design was published after its registration in August 2015, including in trade circles. The plea that there had been no admissible disclosure of the earlier design “signalling devices” was therefore rejected.

Pecunarity of the contested Community design

And what about pecunarity of the contested Community design “signalling”? According to settled case law, the pecunarity of a design results from the overall impression of difference or lack of “déjà vu” from the point of view of the informed user in comparison with the state of the art within the design family.

And this is what the CFI reviewed in the comparison of the earlier invalidated design and the later and contested design.

The features of the signalling devices were not solely determined by their technical function, the CFI found, and the degree of freedom of the designer was therefore to be regarded as high. However, the front sides of the contested designs showed only minor or not very conspicuous differences.

Specific technical requirements in the design

In vain, the applicant referred to specific technical requirements in the design of signalling devices. According to the rule provided for in Regulation No 6/2002, the appearance is the determining element of a design, the CFI explained; the purpose of design law is to protect the visible (!) appearance of a product and not its design or features.

The comparison of the overall impression created by the designs in question should in this sense only be made with regard to the front of the signalling devices – and there was no difference in the overall impression of the designs, the CFI ruled. The Board of Appeal had rightly concluded that the contested design did not have individual character within the meaning of Article 6(1)(b) of Regulation No 6/2002.

Do you also want to protect or defend design?

Our lawyers have many years of expertise in design law and trade mark law as well as in the entire field of intellectual property and are entitled to represent you before any court – in Germany and also internationally.
Please contact us if you are interested.