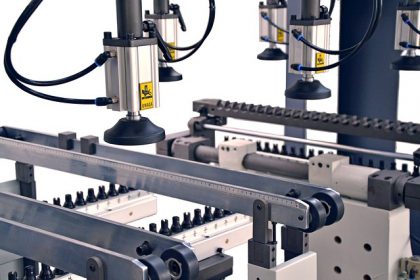 In October 2012, Glimarpol sp. z o.o. (Poland) filed an application for a community design with the European Patent and Trademark Office (European Union Intellectual Property Office, EUIPO). The community design was filed for a pneumatically driven tool and registered in classes 08-01 and 08-05 of the Locarno Classification of Industrial Design.

In May 2016 the intervener, Metar sp. z o.o. (Poland) filed an application for a declaration of invalidity of the contested design and relied on its own prior design for a pneumatic rock drill.

The Cancellation Division subsequently declared the contested Community design invalid in 2017 on the ground of lack of individual character. Glimarpol’s appeal against this decision was also dismissed by the EUIPO Board of Appeal (the contested decision of October 2018). Glimarpol therefore brought this case to the European Court of First Instance (CFI). In particular, the applicant claimed that the Board of Appeal wrongly found that the earlier design had been disclosed in 2009. It was also wrongly found that the contested design lacked individual character. In particular, the applicant submits that the instructions for use of that design were not of a commercial nature and were not intended for the general public.

The applicant submits in that regard that the earlier Community design cannot be regarded as having been made available to the public, since it was disclosed in explicit or implicit circumstances of confidentiality. In particular, the intervener disclosed the earlier design in order to obtain a certificate of conformity or for administrative purposes. However, that assertion is not supported by evidence. It must therefore be rejected.

The European Court therefore dealt primarily with the disclosure of a Community design and the individual character of a design within the meaning of the interpretation of Article 7(1) of Regulation No 6/2002.

Disclosure of a Community design

In principle, a two-step analysis should be carried out to determine whether an earlier Community design has been disclosed, the Court explained. On the one hand, it had to be examined whether there was evidence of disclosure and that this disclosure had taken place before the filing date or priority date of the contested Community design. Secondly, it had to be assessed whether this could have become known to the circles specialised in the sector claimed in the normal course of business and “reasonably”. However, the relevant EU Regulation does not specify how such evidence and proof should look like in practice (Regulation (EC) No. 2245/2002). The CFI held that the applicant for a declaration of invalidity is therefore free to choose the evidence it considers useful in support of its application for a declaration of invalidity to EUIPO.

In the present case, however, the applicant Glimarpol had not provided any evidence at all to support the claim that the earlier Community design had only been disclosed in confidence and not publicly. This objection was therefore rejected by the CFI.

Peculiarity of a design

The comparison of the overall impressions produced by the designs must be synthetic and cannot be limited to an analytical comparison of a list of similarities and differences, the Court stated. The comparison must be based on the features disclosed in the contested design and must relate only to the elements actually protected, without taking account in particular of technical features which are excluded from design protection. Moreover, this comparison must, in principle, relate to the design as registered, and one should always examine one’s application documents with due care.

In any event, in the present case, the contested design is intended to be incorporated in pneumatic rock drills consisting of the same components with the same characteristics as the rock drills covered by the earlier design. It is true, as the applicant complains, that the contested decision makes no express reference to the support for the rock drills in question, the Court of First Instance acknowledged. However, this is negligible and does not contribute to a changed overall impression. For it is obvious that the role of the support is secondary and subordinate in relation to the tool itself, namely the rock drill, the CFI held.

Other differences which the applicant claimed were again technical differences, the Court found. The Court also found that even an average degree of freedom of the designer is determined by the technical requirements and functionalities of a rock drill. Those alleged differences are therefore not such as to confer individual character on the contested design, as the Board of Appeal rightly found.

The CFI therefore dismissed the action in its entirety and upheld the Board of Appeal’s decision.

Do you need protection for your design or invention?

Our attorneys have many years of expertise in design and patent law as well as in the entire field of intellectual property and are entitled to represent you before any court – in Germany and internationally.