After we released our first article last week we continue speaking about the repair clause and continue the battle between the car manufacturers and auto spare parts suppliers.

Objective necessity must be given

In order to invoke the repair clause it is fundamental for the manufacturer of “must match” car spare parts to show that there is an objective necessity to imitate the original spare part to enable the restoration of the original appearance of the car. 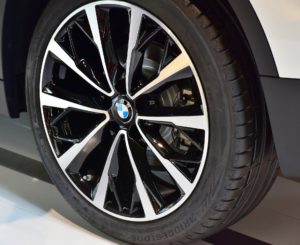 In a case on counterfeited alloy wheels back in 2012, the County Court of Stuttgart ruled that a necessity to imitate the original spare part would only be acknowledged, if a spare part, which causes a divergent appearance, would be unsellable. However, as held by the County Court of Stuttgart in the respective case, such an objective necessity was lacking since the design of the alloy wheels and the car’s design were independent from each other.

The influence on the exterior design was limited because it was mainly characterised by the car body and the change of alloy wheels did not have any influence on the latter. Even though this decision is to be welcomed from the position of the car manufacturer, the “impossibility to sell” should not be the decisive factor when determining objective necessity, as it depends partly on the potential customer’s subjective assessment.

The focus should rather be placed on the question of whether a “must match” spare part must be identical with the original part in order to enable restoration, although there is no technical need to imitate the original product. This interpretation would correspond with the wording of Article 110 CDR, giving less room for speculation. In the case decided by the County Court of Stuttgart, the result would have been the same.

Spare Part: Really just for the purpose of repair?

The second requirement of Article 110 CDR is that the manufacturer imitates the original product for the purpose of permitting the repair of a complex product (such as a car).

The manufacturer of the spare part has to provide evidence regarding his intention. Since this is a very subjective element, this task could be difficult to fulfil for him.

Moreover, there exists a certain risk that a manufacturer of spare parts untruthfully claims to have acted for this purpose.

If the spare part is not normally used for repair when the part is broken, damaged or worn (e.g. after a crash), but is for instance used for upgrading the car, this spare part should not fall under the exception.

In addition, the requirement “so as to restore to its original appearance” should only relate to the car as provided by the manufacturer or authorised dealer, but not to a different appearance created by a previous owner.

“Must fit” vs. “Must match” – The battle continues

As “must fit” and “must match” spare parts are – under certain conditions – excluded from design protection, the extent to which spare car parts are protected by design rights has been somewhat limited. Though, the scope of these exceptions is narrow.

As efforts to harmonise European design law have not as yet succeeded, the battle between the car manufacturers and spare part suppliers will continue.

As a carmaker or spare part manufacturer, are you affected by restrictions on the Design Right?

Our lawyers are here to help you and find the best solution for your activities in the European Union. Ask for a call-back without any obligations from one of our lawyers. We can help you – promised!?