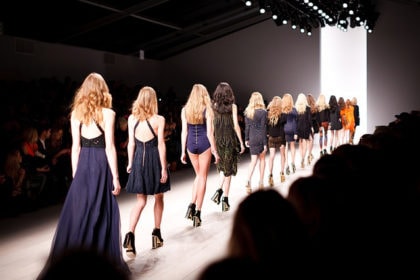 The Supreme Court in Portugal, the Supremo Tribunal de Justiça, requested in this case ‘Cofemel’ the European Court of Justice (ECJ) to interpret the conflict between copyright and design law, formally to interpret Article 2(a) of Directive 2001/29:

Can registered designs be protected by copyright even if they do not have a particular artistic character?
And what is the discretion of the EU Member States to determine the conditions for granting copyright protection to designs?

A functional character of applied art objects often excludes a right to protection under design and copyright law, all the more if the production is industrial and in large quantities. Nevertheless, objects of applied art can also display a high degree of originality.

Therefore, many national legal systems – especially for applied arts such as industrial design, design works and fashion – provide for possibilities to grant copyright protection only for designs of high artistic value. Advocate General Szpunar opened the door for copyright protection in industrial design and pleaded for no increased requirements for objects that are already protected as design patents – if the creative aspect is given.

Read more about this under Design protection and copyright protection – also for fashion?

The creative aspect and aesthetic originality was also dealt with in today’s ruling of the European Court of Justice.

As a first step, it should be determined whether models can at all be classified as “works” within the meaning of Directive 2001/29. This is because the term “work” is not defined by a corresponding directive and is therefore an independent term of Union law. This makes today’s definition by the ECJ all the more important.

The term “work” is defined by two elements, the ECJ explained. On the one hand, the object in question must be an original in the sense that it constitutes the intellectual creation of its author. On the other hand, the classification as a “work” is reserved for elements which express such a creation.

But when is it originality? This, too, was specified by the court in its judgment.
An object could already be regarded as original if it reflected the personality of its author by expressing his free creative decisions, according to the ECJ. At the same time, however, the concept of a work also presupposes an object that can be identified with sufficient precision and objectivity, the ECJ clarified.

If it is a work, international agreements on copyright and design protection also apply. Article 2(7) of the Berne Convention allows the contracting parties to grant special protection to industrial designs which differs from, and where appropriate excludes, protection for literary and artistic works covered by this Convention and to lay down the conditions for such protection.

At the same time, this provision does not preclude the cumulative application of the two types of protection, the ECJ ruled today. Objects which are already protected as designs can therefore in principle also claim protection under copyright – if they are “works” with originality.

Does aesthetic originality justify copyright protection for a design?

The referring court asked whether, in the case of a model of clothing, aesthetic originality – a distinctive visual effect of its own, beyond its intended purpose – is the fundamental criterion for the grant of protection under Directive 2001/29. In today’s judgment, the ECJ denied this.

The protection of designs and models (design protection) and the protection under Union law associated with copyright can be granted cumulatively for one and the same object. Nevertheless, copyright protection for an object protected as a design may not have the effect of impairing the objectives and effectiveness of these two types of protection, the ECJ stated. Therefore, the ECJ ruled that this cumulation of the two types of protection could only be considered in certain cases and specified this in particular with regard to fashion, fashion and haute couture.

Aesthetics is subjective – no criterion for copyright protection

Aesthetic considerations are part of the creative activity, the court confirmed. However, the fact that a model has an aesthetic effect does not in itself make it possible to determine whether that model is an intellectual creation of the ‘work’ (within the meaning of Directive 2001/29). On the contrary, the aesthetic effect achieved by a model is a subjective effect based on personal feelings of beauty, without an object which can be identified with sufficient precision and objectivity.

Accordingly, fashion and even haute couture cannot be subject to copyright protection.

In addition, the ECJ also ruled out deviating national regulations, as various EU member states have established in their case law. Article 2(a) of Directive 2001/29/EC must be interpreted as precluding a national provision under which models such as those at issue in the main proceedings are protected by copyright because, beyond their intended use, they produce their own aesthetically striking visual effect, the ECJ ruled.

Would you also like to secure your design rights?

Each case is considered individually and carefully by us. Please feel free to make an appointment with us for a non-binding recall!