Especially for carmakers the protection of their intellectual property is a major concern, because once a manufacturer protects its automotive parts legally via the German design law, it is almost impossible for competitors to enter in the spare parts market. Such non-existing competition is -of course- a blessing for the automotive giants, though the normal customer has to pay way more than he must have. He overpays up to 40% for his (original) Auto Parts!

The automakers have a virtual monopoly on body parts in Germany . By protecting their auto parts as a “community design”, visible parts of the car can be protected against imitation. The distribution of these cheaper replicas from independent spare part manufacturers is prohibited. A consumer and SME-friendly solution is the so-called “repair clause*”. The legislators could have introduce on May 21, 2014. However, the European Commission has officially withdrawn its plans to recast EU Design Directive (98/71 / EC) so that the auto parts monopoly maintained.

* The repair clause should indemnify visible spare parts from design protection. Not visible – and safety-critical – parts there can not be any (design-) protection . The safety of non-visible parts (also replicas) are guaranteed by the type approval procedure. 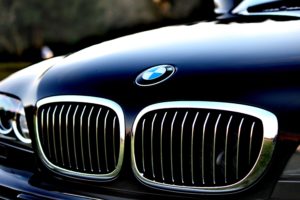 After functional differences between commodities have become more rare and the product life cycles have become shorter, the shape and color is often the only visible distinguishing feature of a product. With a registered design the owner has a time-limited (maximum of 25 years) monopoly on the two or three dimensional aspect of the form and color design of a part or an entire product.

A registered design is at the time of his application “new“. This means that it has been published no identical or differing only in minor features design before the filing, issued or otherwise brought to the market. Another criterion is the character : A registered design is different (significantly) from existing designs.

In recent years, many EU Member States have implemented this design directive into national law. while the leeway that the legislature has given to them due to the unresolved issue of design protection for visible spare parts, used in different ways. The result is a patchwork of the regimes in the different Member States. In European comparison the automobile lobbies in Germany and France have made their “homework”: As one of the few countries they do not have any repair clause in the legislation.

That the repair clause can override the monopoly role model countries such as Great Britain, the Benelux countries and Spain. There, the retail prices for spare parts are on average almost 10% cheaper than in the “monopoly-States”.

In auto parts, but especially for design protection, there is a distinction made between “visible” and “invisible” parts. As the name implies visible parts are the ones that are directly visible, for example fenders, headlights or the hood .

Among the non-visible parts are about brake pads or “parts below the hood” that can not be seen at first glance.

Anyone who wants to protect his auto components with a registered design, must first make a fundamental distinction between “Must-fit” parts “must-match” parts:

As a spare part manufacturer are you affected by restrictions on the German design right?

Our lawyers are here to help you and find the best solution for your activities in Germany.Ask for a call on our lawyers. We can help you – we promise!?