CFI: Analysis of the technical function of Features of appearance

The analysis of the technical function of features of appearance was at the centre of an invalidity procedure concerning an industrial and technical Community design before the CFI. Both the applicant and the CFI referred to the analysis in accordance with the DOCERAM judgment from 2018. 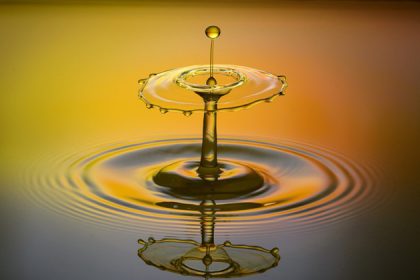 Two parties (Mystic Products Import (Spain) & Export, SL and Koopman International BV (Netherlands)) have filed invalidity applications against this registration. They claimed that all the features of the contested design were exclusively dictated by its technical function. In such a case, an industrial design is not eligible for protection as Community design (now obsolete term; since 2014, Community design is called a “registered design”).

The two applications for a declaration of invalidity were successful before the Cancellation Division and the Board of Appeal upheld the decision: the contested design was based on features of a product, namely a fluid distribution system, which were exclusively dictated by the technical function of that product.

This decision was challenged by the owner of the contested design and the case has now been heard before the European Court of First Instance (CFI). The applicant relied on the DOCERAM decision and requested a systematic and structured approach to the assessment, including an analysis of the technical function of a product. Such an approach would require

However, the CFI rejected the applicant’s argument. The fact that the visual features of the product in question are identical to its individual components does not mean that the Board of Appeal erroneously identified those characteristics. Nor do appearance features have to refer to a single technical effect. Characteristics may produce several technical effects, the CFI explained, as long as they contribute to the achievement of the technical result intended by the product.

Analysis of the technical function did not explicitly reveal “exclusively”

The applicant submits that the appearance featutures of a product must be “exclusively determined by its technical function” in accordance with EU Regulation 6/2002, but that the Board of Appeal did not establish this exclusive function in its decision on the contested design.

The terminology contested by the applicant is in fact not always consistent with the EU Regulation, the CFI acknowledged, but this is not an incorrect application of the Regulation. On the contrary, the Board of Appeal clearly concluded, precisely with reference to that regulation, that all the features of appearance of the product in question merely fulfil its technical function.

The contested design was part of a so-called multiple application; Tinnus Enterprises is thus the proprietor of several visually distinct Community designs for the product “fluid distribution equipment”. The company has also filed a patent application for the same product to which the contested design applies.

Tinnus Enterprises therefore complained, in a further plea, that the Cancellation Division had found a technical function for all the features of appearance only because of the visual differences between the Community designs. And the Board of Appeal abbreviated the required analysis of the technical function and decided on the basis of the patent application on the technical function of all features. This was an erroneous examination, according to the plaintiff.

The CFI rejected this complaint. The Board of Appeal – and also the Cancellation Division – had not only relied on the patent application, but also on other “relevant objective circumstances”, which are also mentioned in the highly regarded DOCERAM judgment of the ECJ. These include the nature and use of the product in question, its characteristics and function and, according to the DOCERAM judgment, the other designs.

Would you also like to secure or defend your design or trademark?

Our lawyers have many years of expertise in design law and trademark law and are entitled to represent you before any court in Germany and internationally.
Please contact us if you are interested.