The US company Nikola has sued Tesla in a US court. Nikola claims $2 billion in damages for infringement of its own patents in the design of an electric truck. Tesla had infringed patent rights in the development of the planned Semi Nicolas electric truck.

On December 30, 2015 Nikola filed a design patent to protect the design of the so-called Nikola One. The Nikola One is an electric-hydrogen hybrid. The patents granted concerned the fuselage (U.S. Pat. D811,944), the windscreen (U.S. Pat. D811,968) and the side door (U.S. Pat. D816,004). And indeed, the Tesla design resembles Nikolas Electric Truck especially in these elements.

The American design patent protects the appearance of an object, not its function. The design patent is also examined for novelty by the American Patent and Trademark Office and a priority period of 6 months is very important for German applicants for a design. A design patent should therefore be filed within 6 months of filing the German “Geschmacksmuster”.

The petition before the Arizona District Court (2:18-cv-01344) provides details of the possible patent infringement: 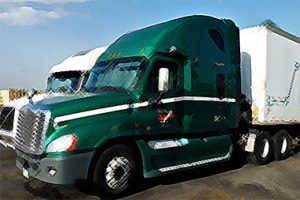 In fact, Tesla’s Semi electric truck is so similar to the Nikola One that independent experts from the automotive industry noticed this as early as 2017. Not only the striking elements such as the curved windscreen or the special side door are very similar, but also the air resistance. Due to its striking aerodynamic shape, which has not yet been used in the automotive industry in this way, the cw could fall to 0.37, claims Nikola, and Tesla holds out the prospect of a cw of 0.36.

ABPA vs. Ford – Judgement in another design patent dispute

Only in February 2018, the U.S. District Court for the Eastern District of Michigan also ruled on truck design law in another case. In the Automotive Body Parts Association (“ABPA”) case against Ford Global Technologies, LLC, Case No. 2:15-cv-10137 (E.D. Mich. Feb. 20, 2018), the plaintiff ABPA sought a declaration of invalidity for two patents of Ford. The court rejected this. The design patents for body parts of Ford’s F-150 truck have been confirmed. ABPA had argued, among other things, that patents could not be enforced due to patent exhaustion if “the mere purchase of an F-150 does not give the owner the right to manufacture new body parts protected by Ford’s patents.

In that case, the Court reiterated that the purpose of trade mark law was to promote competition. Design law, on the other hand, has the task of enabling patent holders to exclude others from imitating the protected design.

Against this background, the outcome of the lawsuit against Tesla’s electric truck Semi is completely open. One can be all the more curious about the verdict, as Nikola wants to invest heavily in the logistics behind the hybrid drive for the Nikola One next year.

Are you looking for legal help for design patent protection?