In the trademark dispute Zoom v Zoom, the CJEU confirmed no likelihood of confusion between the marks. Both claimed goods of Nice Class 9 “downloadable computer programs” – but with different functions. 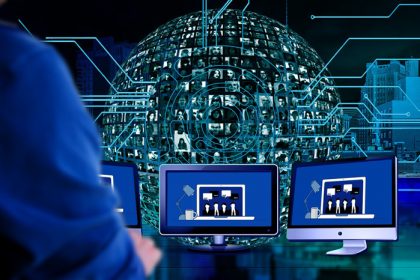 The trademark dispute between the trademarks Zoom versus Zoom is not only very interesting with regard to identical signs and similar product groups. Because the company involved in this trademark dispute is not the U.S. company Zoom Video Communications, which is worldwide famous for videoconferencing. Two other companies are fighting over their trademark rights to the term Zoom. How can this be?

Zoom v. Zoom, a case on likelihood of confusion now decided by the European Court of Justice (CJEU), shows once again that trade names can be protected several times and not only by one company famous for that trade name – if they claim protection for different goods and services.

This is because the similarities between signs and goods are mutually dependent; the more similar two signs are, the clearer the difference in the goods claimed must be, otherwise there is a likelihood of confusion.

The two parties to the dispute (plaintiff Zoom KK (Japan) v. Facetec, Inc. (USA, a 3D face authentication software company) had already fought another case with each other prior to the likelihood of confusion dispute, concerning the possible revocation of the earlier figurative mark Zoom for non-use during the 5-year period October 2011 to 2016. To prove the use of the mark, the plaintiff had mainly provided evidence for the goods “downloadable computer programs intended for use in connection with musical instruments and sound recording devices” in Nice Class 9.

Thus, in order to verify the likelihood of confusion, for the comparison of the goods, in particular these goods related to software in Nice Class 9 were examined by the European Court of Justice (CJEU) for their similarity.

Since both marks claimed Zoom similar goods in Nice Class 9, namely “downloadable computer programs”, one could actually assume that there was a likelihood of confusion. However, the Board of Appeal decided otherwise.

The Board of Appeal found that the goods in question had only a low degree of similarity, as the difference in their intended uses outweighed the similarity in their nature; the use of identical distribution channels, in this case online application stores, was not a relevant determining factor.

Overall, the Board of Appeal upheld the absence of likelihood of confusion, mainly because of the complete dissimilarity of the functions of these goods and because the below-average distinctiveness of the earlier figurative mark ZOOM is very low for sound-related goods due to the general meaning of the word ‘zoom’, which refers to a humming or buzzing sound.

CJEU confirms: no likelihood of confusion between the Zoom marks

The CJEU confirmed the decision of the Board of Appeal with its judgment: there is no likelihood of confusion between the two marks, the CJEU ruled.

The court pointed out that the goods in question consist of software in the case of the disputed mark and computer programs in the case of the earlier figurative mark ZOOM. Since the relevant consumers are an attentive public with a high level of attention, they will not make a connection between this mark and the earlier figurative mark ZOOM, the CJEU ruled. This was all the more so because “zoom” actually has a common meaning in English for sound-related goods, as the court pointed out, and therefore rightly has a below-average distinctive power for sound-related goods.

Admittedly, the CJEU acknowledged that the distribution of the goods in question being made available through the same distribution channels was a factor to be taken into account. However, if – as in the present case – a variety of software or programmes with completely different functions can be found in the same shops, this does not lead to a likelihood of confusion for consumers, the CJEU ruled – whether physical or virtual.

The court therefore dismissed the action in its entirety and upheld the decision of the Board of Appeal, which had also found no likelihood of confusion between the two Zoom marks.

Our lawyers have many years of expertise in trade mark law as well as in the entire field of intellectual property and are entitled to represent you before any court – in Germany and also internationally.
Please contact us if you are interested.