Fashion manufacturer Inditex won today before the European Court in the trademark dispute over the earlier trademark Zara. The court recognized a development of the fashion market in adjacent markets, that fashion items are combined with articles on travel trends. 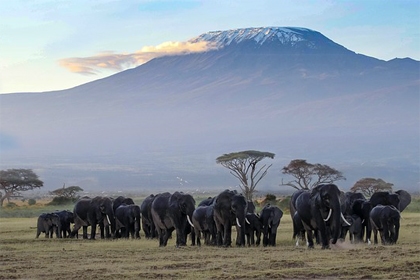 The contested mark Zara Tanzania Adventure was registered in April 2009 by Ms Zainab Ansell and Mr Roger Ansell as a figurative mark in Nice classes 39 (travel and tourism services), 41 (wildlife education and training services, ecology, safaris) and 43 (travel agency and hotel services). In August 2009, the applicant Industria de Diseño Textil, SA (Inditex) filed an opposition under Article 41 of Regulation No 207/2009 (now Article 46 of Regulation 2017/1001) against registration of the mark applied for in respect of all the abovementioned services, relying on its own earlier and well-known EU word mark ZARA.
In 2011, the Opposition Division upheld that opposition in part, in respect of all services in Classes 41 and 43 and almost all services in Class 39, but rejected the opposition in respect of the services “rail, inland waterway and air transport[and] hiring of vehicles” in Class 39. Both parties disagreed with that decision.

Ms and Mr Ansell now filed an application for annulment of the earlier word mark ZARA for services in Classes 39 and 42, which was upheld by the Cancellation Division in 2013 and by the Board of Appeal in 2017. By that (‘contested’) decision, Inditex lost the trade mark rights of the earlier mark Zara in respect of “services relating to the transport and distribution of goods, the packaging and storage of goods, in particular clothing, footwear and accessories, perfumery and cosmetics” in Class 39 and in respect of “provision of food and drink[and] temporary accommodation” in Class 42.

In today’s judgment, the Court of Justice of the European Union (CJEU) annuls the contested decision. The Board of Appeal wrongly failed to recognise the risk of unfair advantage being taken of the reputation of the earlier mark. The Court clarified that the proprietor of the earlier trade mark is not obliged to prove actual and present damage to his trade mark. However, it must give the appearance of a future, non hypothetical risk of unfair advantage or disadvantage. Such a conclusion could be drawn, in particular, on the basis of logical conclusions from an analysis of probabilities and taking into account normal practice in the trade sector concerned and all the other circumstances of the case.

The applicant argued that its well-known mark in the fashion market was also developing in the direction of neighbouring markets, such as food, restaurant services and hotel and temporary accommodation. In view of that development, the contested services in Classes 39 and 43 must not be regarded as strictly similar to the goods and services in respect of which the reputation of the earlier marks has been established, but must nevertheless be regarded as connected with the relevant commercial sector. Zara argued that it is not unusual for fashion magazines and especially for bloggers and opinion leaders in the social media to combine fashion items such as clothing and accessories with articles on travel trends, including destinations, hotels and restaurants.

The CJEU recalled that an overall assessment must always be carried out taking into account all factors relevant to the circumstances of the case. The CJEU stressed that the stronger the distinctiveness and reputation of the earlier mark, the easier it is to prove the risk of damage to an earlier mark with a reputation. The strength of that reputation of the earlier mark must also be taken into account.
In fact, there is currently a trend towards the development of existing brands on the fashion market towards other markets and industries. For that reason, it cannot be ruled out that, despite the differences between those goods and services, the mark applied for may bring the earlier mark Zara into the mind of the relevant public, in particular because the goods and services covered by the marks in question are intended, inter alia, for the general public.